Low-ranking Tory minister Matthew Hancock was set to announce plans this week making it harder for councils and other public bodies to boycott Israeli products.

He made it clear that the legislation will be aimed at weakening the growing Boycott, Divestment and Sanctions (BDS) movement.

Tory ministers say such boycotts are “divisive” and fuel antisemitism. But you don’t have to look very far to figure out the real reason for blocking them.

He chose to announce them again this week before heading to Israel with a delegation of top bosses. Hancock was even set to meet Israeli prime minister Binyamin Netanyahu.

The growing global BDS movement plays a huge role in undermining Israel’s position and exposing its crimes—and our rulers’ complicity in them.

It must be defended. 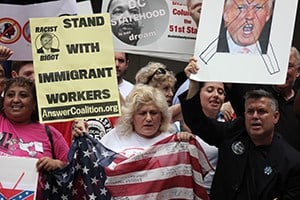