But its success shouldn’t be exaggerated. Labour’s majority increased on a low turnout and the Tory vote collapsed.

Most votes that went to Ukip came from the Tories.

But this seat is in Labour’s heartlands. Ukip’s aim was to show that it could build support among Labour voters as well as disgruntled, racist Tories.

Its populist “Red Ukip” campaign promised both to “Protect your jobs and benefits” and “End open door immigration”.

Ukip’s relative success in beating the Tories has encouraged those who say Labour must look out for the “white working class”.

Many Labour ideologues believe that the party’s traditional support is made up of racists who might switch to Ukip at the drop of a hat.

There’s no evidence for this.

And Ukip’s campaign failed to peel away Labour voters. Still, it’s a safe bet that Labour will choose to take the lesson that the way to challenge Ukip and beat the Tories is to attack migrants and benefits.

The failure of the three main parties to take on Ukip’s arguments mean it is currently set to do well in May’s European elections.

This is another reason why it is so important to make the Stand Up to Racism and Fascism protests on 22 March a success. 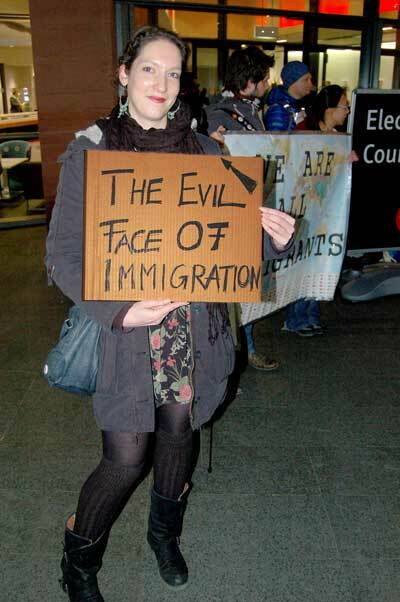