Foot and mouth crisis dictated by the food market

This article is over 14 years, 5 months old
The crisis caused by last week’s foot and mouth outbreak shines a light on the chaos of food production.
Downloading PDF. Please wait...
Wednesday 08 August 2007

The crisis caused by last week’s foot and mouth outbreak shines a light on the chaos of food production.

The disease is rarely fatal, except in very young animals. But it does cause weight loss and reduced milk yields. It is extremely rare in humans and even then it is a mild illness requiring no medical treatment.

The biggest cost is to profits.

For instance, exports of livestock and meat are now worth around £15 million a week. Food production is left to giant corporations that put profits before the health of people or livestock. The supermarkets decide and control the way meat is produced, slaughtered and marketed.

Yet the savings supermarkets make from concentrating production are not passed on to farmers or to consumers.

Gordon Brown made much of cancelling his holiday and holding crisis talks when he heard of the outbreak. But stopping the cuts at the Defra government department charged with dealing with foot and mouth would have done more good.

Vaccination is not seen as the best option because many countries ban the import of vaccinated livestock. But it is much preferable to mass slaughter.

A dangerous combination of multinational food companies and a government tied to the market means that the pursuit of profit stands in the way of decent, safe and cheap food.

Police were still looking for some of the detainees who escaped from Campsfield immigration removal centre near Oxford last week as Socialist Worker went to press.

The breakout followed protests by over 150 detainees and hunger strikes against conditions in the centre. Up to 200 detainees are held at Campsfield and threatened with deportation.

These are often refugees fleeing war, torture, poverty and persecution.

In Britain they meet a cruel reception from a government keen to look tough on immigration and “foreign criminals”.

Campsfield is run by US company GEO – a company that specialises in privatised prisons and detention centres. GEO boasts that it has a 27 percent share of the global market in detention and prison contracts.

Among frequently asked questions listed on GEO’s website is, “Isn’t it wrong for a company to make profit from the suffering of others?” Good question.

The way of empire

Gordon Brown’s office has decided that the 91 interpreters who have helped the British army in its occupation of southern Iraq will be abandoned to their fate when the troops pull out.

The British government has done this knowing that the interpreters and their families are likely to be targets for revenge attacks.

This is a harsh lesson that must be learnt by Iraqis, Lebanese, Palestinians, Kurds and others on the receiving end of imperialism.

Never trust those who want to occupy your country and never believe promises made by those whose policies are built on lies.

They will use you and abandon you. That is the way of empire.

Racism against Muslims is unveiled 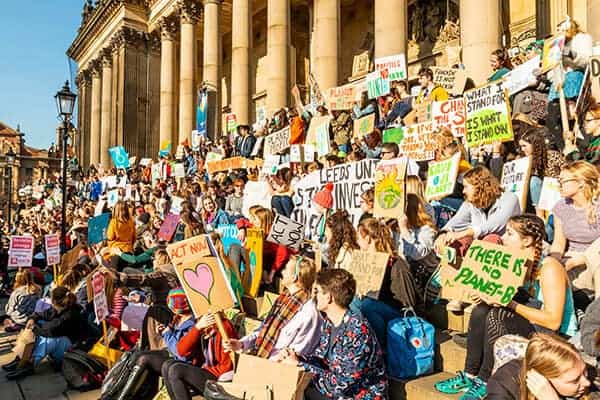