New regulations came into force this week meaning that no more than six people could gather together.

They were touted as an attempt to bear down on the spread of coronavirus. But the class-based application of such rules was immediately revealed by the exemptions for grouse shooters and other blood sports.

Yet again it’s one law for us and another for the rich and those at the top of the government.

A child’s birthday party of seven should be reported to police by neighbours, say government ministers. But groups of up to 30 gilded gunmen blasting birds are fine.

The government’s whole approach is sunk in hypocrisy.

No more than six together—unless it’s in a factory or an office, a shopping centre, a school or a university. It’s safe only if there’s a till present or there’s a chance to boost profit-making.

The new regulations will be backed by fines.

Individuals who gather in numbers over six could be fined £100 and organisers of larger gatherings can face a £10,000 fine. Those who are repeatedly fined could pay up to £3,200. In addition we have been promised an army of “Covid marshals”.

The government hadn’t managed to define their powers by the start of this week. But they will apparently be patrolling town centres, parks and train stations to break up groups.

We know who will be hit first and hardest by all these measures. It will be young people, particularly black young people, gathering in a park or for a rave.

And although there are some exemptions for protesters, the police will have discretion to threaten those they don’t like.

It is likely that “it will become an offence for protesters to superglue or chain themselves to vehicles, trains or railings to disrupt lawful activity”.

The immediate target was said to be Extinction Rebellion climate activists. We can guarantee such measures will also be used against Black Lives Matter protesters, militant trade unionists and anyone deemed actively hostile to the government and bosses.

The right to protest is under threat, and it needs to be defended. The best way to do it is to exercise that right.

Every protest organiser will be aware of the need for safety measures. Working class people and black people have been hit hardest by the tens of thousands of unnecessary deaths.

But we can’t allow the government to smuggle though even more attacks on all our rights. 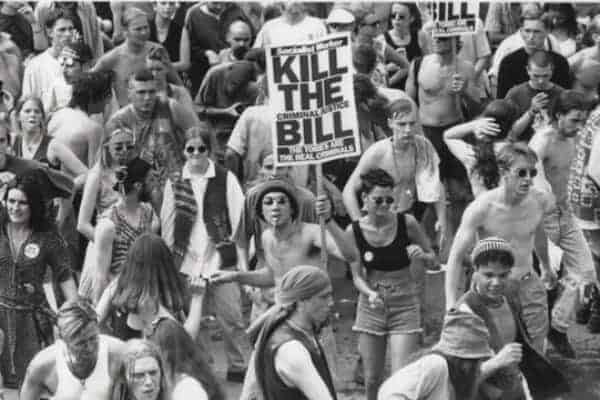 Why the right hate our parties