Ukraine — it’s about more than who fired first shot 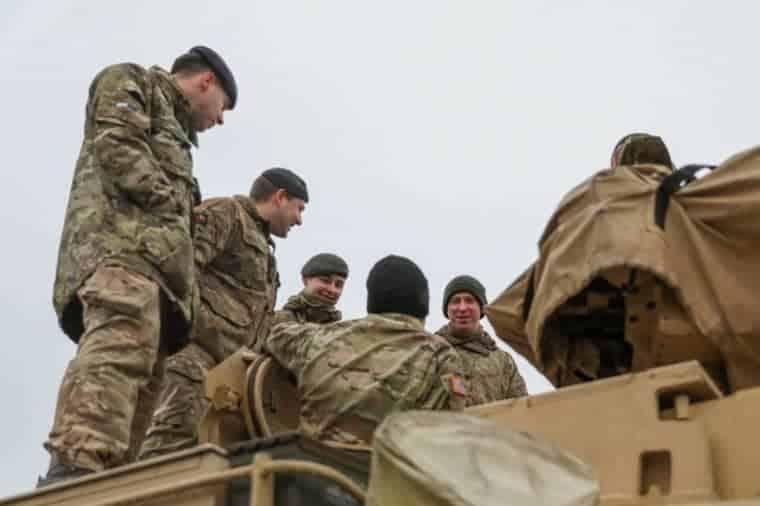 The mainstream media and politicians are obsessed with who “fired the first shot” in Ukraine. Russia ordered its troops into eastern Ukraine, so all the condemnation must be directed against Vladimir Putin, they say.

Socialist Worker opposes all external military mobilisations, aggression and invasion of Ukraine. But the key issue is about much more than who fired first in any particular week. Imperialism is not just about major powers bullying and oppressing smaller ones. Capitalist imperialism is about competition between major powers.

It is fundamentally about economic rivalries, but these grow over into potential or actual military escalation. This is the system that has plunged people into war again and again. No single flashpoint can be abstracted from those wider trends. The path to war in Ukraine began long before the shots were fired this week. The Nato military alliance, the European Union, Britain and the US are central to ramping up the conflict.

The US has for decades sought to compensate for its declining economic power by increasing its military clout. If it cannot guarantee to intimidate other nations by squeezing them economically, it seeks to do so by guns, missiles, drones and invasion. But that has come unstuck in Iraq and Afghanistan. This has further panicked a US ruling class that is obsessed with the rise of China as well as Russian ­re-emergence.

The left in Britain betrays its anti-imperialist duty if it condemns Russian moves in Ukraine without focusing first on the actions of the West. Nato offers nothing to the ordinary people of Ukraine. It could plunge the country into the same fate as Libya, in North Africa. Libya has not seen a day of peace since the Nato invasion of 2011.

The eight years of fighting in eastern Ukraine has already claimed over 14,000 lives and left 3.5 million people in need of humanitarian assistance. That’s almost a tenth of Ukraine’s population. It has to end. Socialist Worker says no to all imperialist nations and their war drives.

Opposing imperialism—why the ‘main enemy is at home’
Read More

The British ruling class which is now agitating for war has previously driven us into illegal conflicts that resulted in millions of deaths of innocent people. Once again the system of competing nation states threatens to detonate a war that will consume many thousands of lives and leave devastation in its wake.

The ruling classes that have presided over a death toll from Covid-19 similar to the First World War are immune to human interests. The warring politicians who recklessly allow environmental collapse cannot be trusted to steer away from war. Working class people in Britain, Russia or Ukraine will gain nothing from further conflict. Down with all the warmongers.

'War on Iraq is about US strategic power, control of oil and profit'