Joe Biden, Boris Johnson and other warmongers at the G7 summit this week, after missile hits Kremenchuk, Ukraine

The Russian missile that slammed into a crowded shopping centre in the city of Kremenchuk on Monday adds to a long list of appalling murders in the Ukraine war. At least 16 people died and scores more were injured. Ukrainian government officials described the attack as an “act of terrorism” against civilians.

The attack underlines the reactionary nature of Vladimir Putin’s invasion. But it should not be used to escalate the war further. No doubt it will be seized on by Boris Johnson and other warmongers at this week’s Nato summit.  They will likely demand more weapons and a further acceleration of the supply of death-dealing technology to Ukraine.

All the Western denunciations are based on hypocrisy. In decades of forever wars the US and its allies, with Britain on the frontline, have committed countless atrocities.

They have mown down civilians, massacred wedding parties, fired on hospitals from helicopters and obliterated entire towns.  At the end of last year, the New York Times detailed how in Iraq and Afghanistan the US military had embraced the deliberate killing of children.  They were expendable when a supposed military target was deemed more important than their lives.

The blood-soaked supporters of  Western imperialism will use Putin’s assaults to worsen the killing. Instead there needs to be a stronger movement to say no to the invasion but also no to Nato escalation. 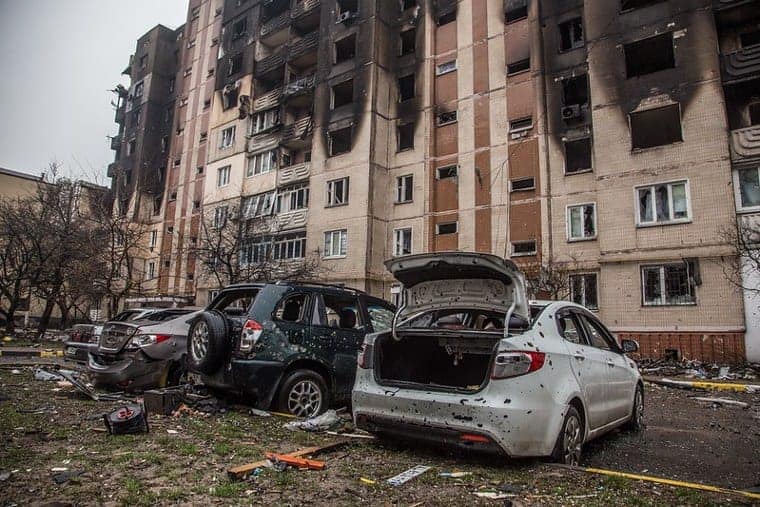