This article is over 15 years, 8 months old
During the Vietnam War, the US ruling class reacted to growing domestic opposition to the conflict by getting locally recruited forces to take over the bulk of the fighting, and thus the bulk of the casualties. The process was known as "Vietnamisation".
Downloading PDF. Please wait...
Tuesday 23 May 2006

During the Vietnam War, the US ruling class reacted to growing domestic opposition to the conflict by getting locally recruited forces to take over the bulk of the fighting, and thus the bulk of the casualties. The process was known as “Vietnamisation”.

The British government copied that policy in Northern Ireland from the mid-1970s—they called it “Ulsterisation”.

Today the US and British occupation forces are attempting to implement the same policy in Iraq. The new Iraqi prime minister, Nuri al-Maliki, surprised Tony Blair during his fleeting visit to Baghdad, saying the British handover to Iraqi forces could begin next month.

Blair refused to give a timetable, but his official spokesperson said, “Troop withdrawal comes after the process of ‘Iraqisation’.”

This is a cynical policy, which will lead to mounting Iraqi casualties. It also reflects the weakness of the occupiers.

In a statement which could have been made in Vietnam or Belfast, a marine captain said, “We’re holding it down to a manageable level until Iraqi forces can take over the fight.”

US forces are attacked when they venture out and their bases are hit when they don’t. Most patrols consist of going out, coming under fire and then returning to base.

Blair has admitted that there is a serious situation in the south as well. British forces occupying the region are also largely confined to their bases because of the level of opposition.

As in previous occupations, faced with growing resistance, the US and Britain are quite prepared to stoke sectarian tensions in an attempt to regain control.

The occupation has created a hell in Iraq – and the conflict threatens wider destabilisation. In the north, Turkish forces are inside the country attacking Kurdish fighters, and Iranian troops regularly shell Kurdish forces.

The occupying forces should quit now – it would not be a moment too soon.

Trouble at the TUC

A sign of the Trade Union Congress’s (TUC) commitment to fighting for our pension rights can perhaps be glimpsed in the state of its own staff pensions.

The TUC has pushed through a number of pension cuts for its own workers, including an end to early retirement.

They haven’t got rid of the final salary scheme, but considering the mess they are making of defending workers’ pensions against the government and the bosses, it probably won’t be long.

Tony Blair announced last week that nuclear power was “back on the agenda with a vengeance” – pre-empting a government report due out in July.

His posturing comes the same week that it was revealed that there have been 57 incidents at existing nuclear power stations since Labour came to power in 1997. With plans to privatise chunks of the nuclear power industry, Blair is putting the needs of big business above safety. 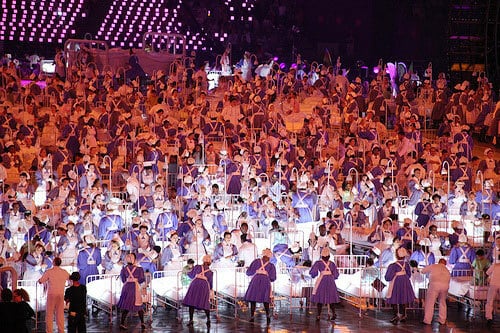 Isles of Wonder? This is a land of class conflict

Mass action and class fight can beat the Nazis