Our own struggles can shape general election

This article is over 11 years, 10 months old
The shape of the main parties’ election campaign gets clearer every day. Gordon Brown will try to sound slightly less keen on cuts than the Tories.
Downloading PDF. Please wait...
Tuesday 16 March 2010

The shape of the main parties’ election campaign gets clearer every day. Gordon Brown will try to sound slightly less keen on cuts than the Tories.

But whenever he comes under pressure he will denounce the trade unions and push on with pay curbs, job cuts and privatisation.

David Cameron will bravely descend to mix with people he really regards as oiks. He will pretend he’s not really a toff who wants to savage services and working class living standards.

After a few hours of forced grinning he will retire to polish up his plans to slaughter the welfare state.

Meanwhile, Nick Clegg will try to get noticed by saying how he loves Margaret Thatcher. He will say that he will give the markets what they want if he gets to be a kingmaker after the election.

That’s the scenario if we leave it to them. But it could be different.

The backdrop to the election should be important strikes, mass protests, and a wave of anger against the Nazis.

The stronger the working class mobilisation during the election, the stronger we will be when the results come in and the bigger battles begin.

An opinion poll this week showed that only a quarter of people believe there is a need to cut services to reduce national debt. And nearly half of people want more public spending, not less.

The Commission on 2020 Public Services, the “independent” think-tank that commissioned the report, sniffily comments, “This suggests that the public are either not facing up to, or are not aware of, the hard choices facing the country.”

In fact, it shows the potential for a mass movement uniting the opposition to the cuts.

That’s why the Right to Work campaign’s initiatives of resistance and solidarity are so important, and why workers need to step up the pressure for a fightback by the unions.

After this Saturday’s demonstration in Bolton there will be further mobilisations against the British National Party and the English Defence League. These are crucial.

As well as the broadest anti-Nazi unity, we need a class alternative of hope and united struggle that provides real solutions for ordinary people.

Every activist has to throw themselves into building support for strikes at British Airways, the civil service, Network Rail, in the universities and colleges, and anywhere else.

Those strikes would be much stronger if they were coordinated, and if every union backed events such as the PCS union’s protests on budget day, next Wednesday 24 March.

Everyone needs to get involved in the local battles going on and in making the 10 April demonstration in defence of public services as big as possible. In the course of this we want to raise the need for a political alternative to the Tories and Labour.

Winning the biggest possible vote for the Trade Union and Socialist Coalition (TUSC) and other left forces at the general election is part of building for the future.

Whichever party wins the next election will form a weak government. Our task is to push to make the working class forces strong enough to beat it. 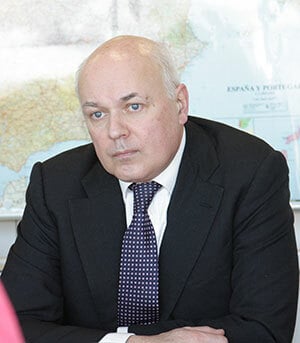 Finish off David Cameron - vote to leave the EU

Bury Thatcher’s heirs along with her legacy