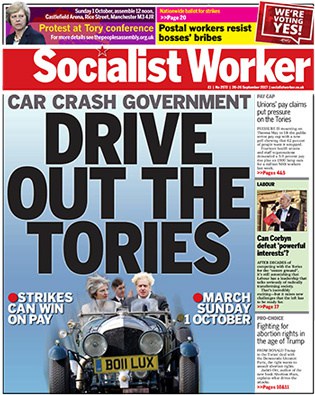 Theresa May is desperately trying to gloss over the latest row engulfing the Tories. May said her government is “driven from the front and we are all going to the same destination because we are all agreed”.

In reality, the Tories are heading for another car crash. As one Tory MP put it, “We have a cabinet openly at war.”

May is under pressure to sack foreign secretary Boris Johnson after he wrote an article in The Daily Telegraph newspaper last week on Brexit. The article came days before a major Brexit speech from May.

Johnson’s article was an attempt to ingratiate himself with “hard Brexit” Tories and position himself for the leadership.

The anonymous Tory MP said Johnson was “tempting May to sack him but she is too pathetically weak to do so”.

She told the Andrew Marr show, “I don’t want him managing the Brexit process. We’ve got Theresa May managing that process—she’s driving the car. “The cabinet and the government supports Theresa May.”

Deputy leader Damian Green added, “The cabinet is united.” In fact the latest row reveals deep divisions at the top of the party.

May agrees with this. Others disagree—but unlike Johnson they aren’t yet challenging May in public.

The crisis isn’t just about Brexit. May destroyed the Tories’ majority in parliament with a disastrous general election campaign. The Tories were too weak to oppose Labour motions on pay and tuition fees last week.

Former ministers are also gunning for May. Former education secretary Nicky Morgan told Conservative Home this week, “I don’t think any Conservative can say the general election delivered the result we wanted.

“The focus was put on Theresa May. That clearly was not a successful strategy.”

She said there would be a “huge amount of soul searching” at the upcoming Tory conference. “The leader has to shoulder the responsibility,” she added.

Former chancellor George Osborne went so far as to say he wanted May “chopped up in bags in my freezer”.

The Tories are also under increasing pressure to end the public sector pay cap.

The Tories are in crisis with a weak leader—and are divided over how to move forward. We should seize the time.

Marching on the Tory party conference in Manchester on 1 October will be a key opportunity. Ramping up resistance can win real gains—and drive out this rotten government. 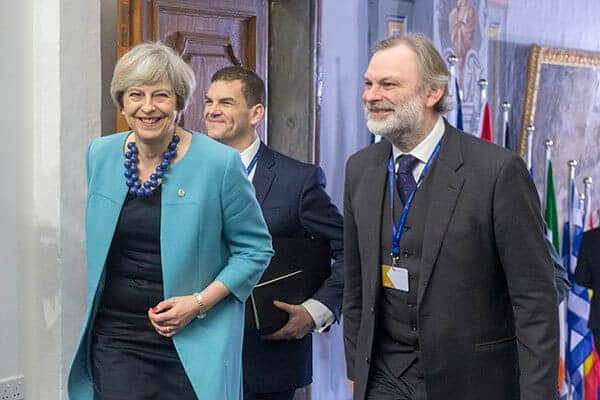 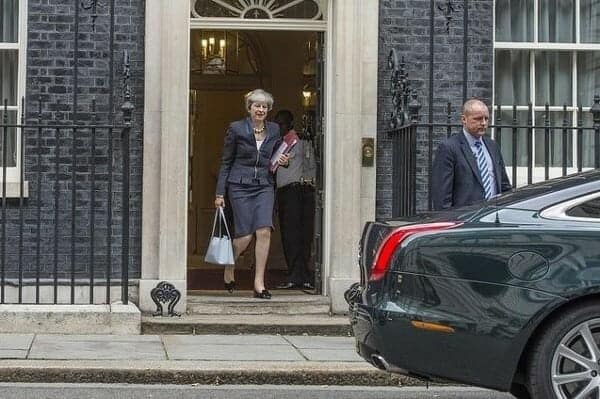 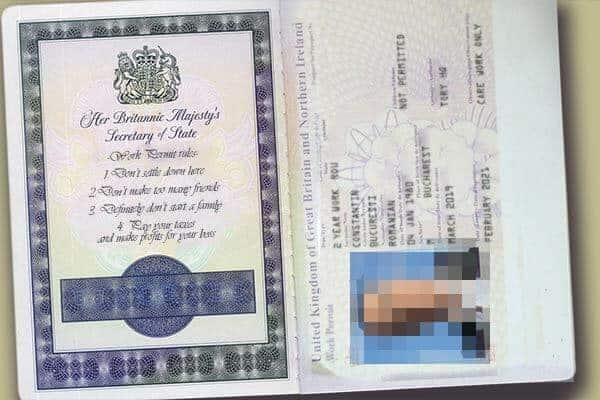 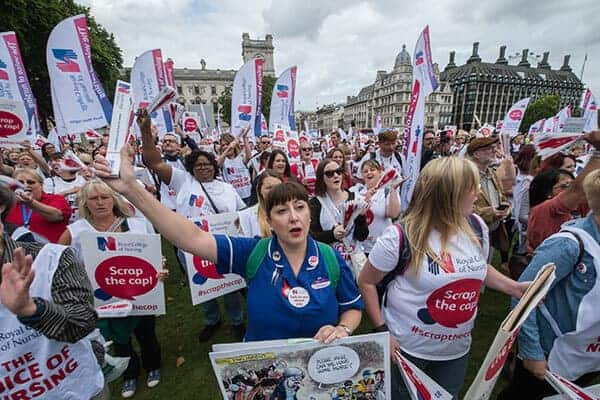 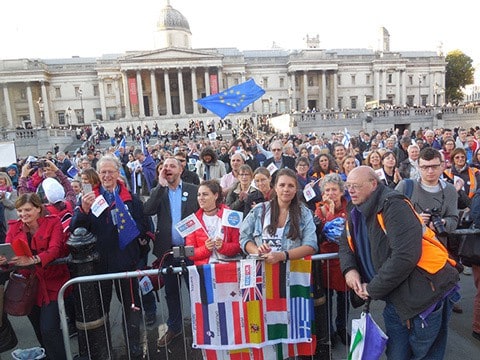 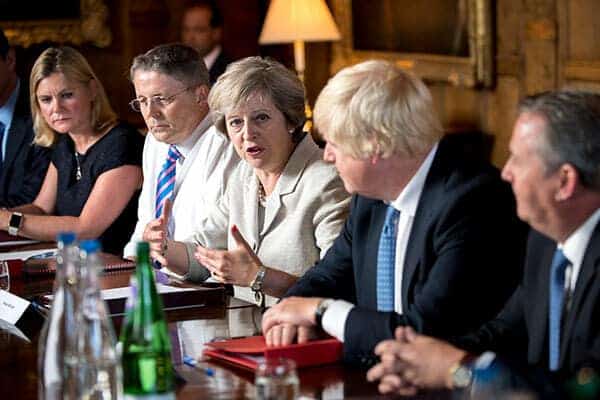