Signposts for the fightback in 2011

This article is over 11 years, 1 months old
The student revolt nearly defeated a key coalition policy last week. The demonstrations that flowed to the gates of parliament so rocked MPs that the Tory-Lib Dem majority fell to just 21.
Downloading PDF. Please wait...
Tuesday 14 December 2010

The student revolt nearly defeated a key coalition policy last week. The demonstrations that flowed to the gates of parliament so rocked MPs that the Tory-Lib Dem majority fell to just 21.

And the rebel movement goes on. It will continue over fees, the theft of Education Maintenance Allowance (EMA), and the cuts in staff, courses and colleges.

It will be part of a broader class fightback.

One of the best quotes from the demonstration in Parliament Square came from the young people who said, “We’re from the slums of London. How can we afford £9,000 to go to university?”

How often does anyone ever get on the television to say there are slums in London, let alone express that fine feeling of resistance?

No wonder the student movement is lifting those who want to fight back everywhere.

The coalition’s class war will continue in 2011. And so will the opportunities to deepen David Cameron and Nick Clegg’s crisis.

In January the student movement will return to centre stage with assemblies, occupations and protests organised by the official unions as well as campaign groups.

As turmoil grows, the right wing will also seek to gain. On 5 February the racist English Defence League (EDL) hopes its demonstration in Luton will ignite a race war.

Of course they don’t say that, but an event that racists advertise with a picture of a burning mosque has been given a further twist now by the near-universal media depiction of the town as a “hotbed of extremism”.

Unite Against Fascism’s demonstration against the EDL in Luton is therefore essential.

A week later, on 12 February, comes the People’s Convention for resistance against cuts and austerity.

The Right to Work (RTW) campaign recently issued an open letter calling for the anti-cuts movement to come together.

As a concrete step towards that unity RTW has proposed to open up its national conference on 12 February to other national anti-cuts organisations, local groups and trade unions.

So now the conference will be organised by a wider group of organisations.

And all of this leads to the TUC demonstration on 26 March in London.

It has to be made a focus for workers and community organisation, and a launchpad for coordinated strikes and to increase the pressure for a general strike.

Visit the new Right to Work website at www.righttowork.org.uk to register for the 12 February conference or email [email protected] For details of the 5 February protest go to www.uaf.org.uk 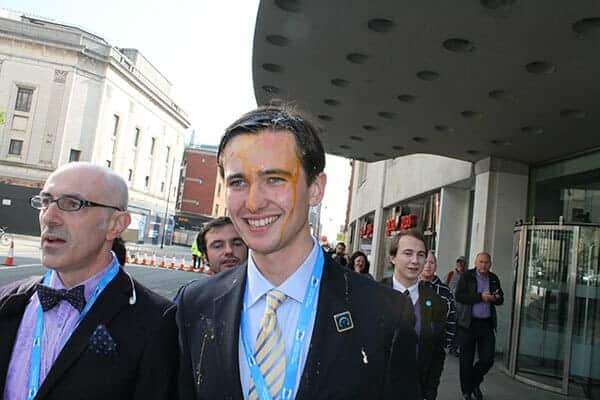 Echoes of an egging 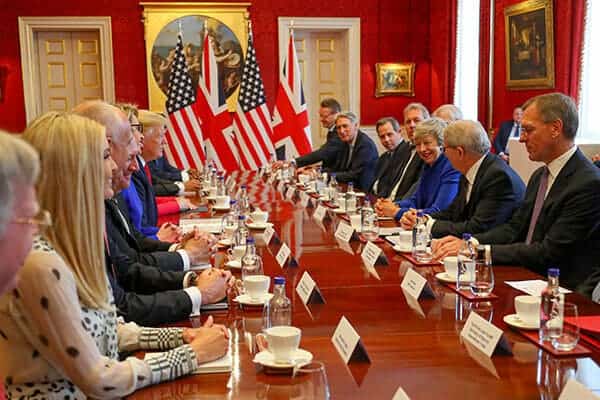 Theresa May leaves a broken Tory party in her wake

Who gains in a post-Blair world?