Storm Sandy shows the hypocrisy of our rulers

This article is over 9 years, 2 months old
Post-tropical storm Sandy is the largest Atlantic tropical system on record. Before it hit the US it ravaged Jamaica, Cuba, the Bahamas, Haiti and the Dominican Republic.
Downloading PDF. Please wait...
Tuesday 30 October 2012

Post-tropical storm Sandy is the largest Atlantic tropical system on record. Before it hit the US it ravaged Jamaica, Cuba, the Bahamas, Haiti and the Dominican Republic.

There were more than 80 fatalities as Socialist Worker went to press, 16 of them in the US. The large majority—52—were from Haiti.

The size of Sandy is dramatic. But the Atlantic system gets more coverage than the Pacific cyclone or typhoon systems because it is more likely to affect the West.

More than 100 died in flooding in Bangladesh in June this year and a quarter of a million people were displaced. Yet it was considered unworthy of many news reports.

But while the impact of Sandy is less in the US than in poorer countries, people in the US are understandably nervous.

When Hurricane Katrina hit in 2005 nearly 2,000 people died. The level of fatalities was entirely down to the inadequacy of the privatised emergency infrastructure, particularly when it came to protecting poor and black residents.

All this happened in the run-up to the last presidential election and emphasised how callous George W Bush was.

As Sandy approached Barack Obama said he was “surprised” that the “critical issue” of climate change hadn’t come up during the election campaign. But it didn’t occur to him, as sitting president on the campaign trail, to raise it.

Losses from storm-related damage are expected to reach £12.5 billion in the US. Some capitalists acknowledge the effects of climate change while others ignore it.

Munich Re is a re-insurance firm—a company that insures insurance companies. Just weeks before Sandy hit it issued a report worrying that the number of “weather-related loss events,” has gone up five times over the last three decades.

No individual event can be put down entirely to climate change. Yet as insurers well know, trends can be predicted.

But capitalist firms and the politicians they sponsor are only concerned with the short term. It’s only when immediate profits and political stability are affected that they move themselves to act.

The disparity in deaths between rich and poor shows that people can be protected—when they are seen as worth saving.

“Natural disasters” aren’t natural. The problem is that our rulers aren’t bothered about saving the poor. And their out of control system will not take the action needed to address global warming. They will only do either of these things if we force them to. 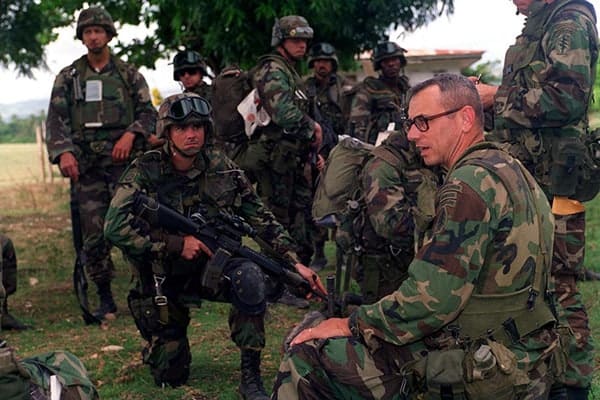