People in flood-hit towns and cities in Indonesia have resorted to taking supplies from shops without paying.

By Tuesday morning cops had already arrested 45 people in Palu and were firing live rounds into the crowds.

And now people have been let down a second time—by authorities who failed to provide essential services in the wake of the tsunami. Ordinary people are branded as “looters” who are taking advantage of a period of lawlessness.

The same happened in 2010 in Haiti when an earthquake devastated the Caribbean country.

This narrative is all part of an attempt to maintain order and respect for private property in the wake of disasters.

But why should people who have lost everything follow the rules of the system responsible for the deaths of their friends and families? Society is organised so the people at the top have vast wealth, precisely because those at the bottom have nothing.

It is the International Monetary Fund, the bankers and the local rich who are the real looters in Indonesia.

If a situation arises that allows the poor to take back a tiny fraction of that wealth, they should take it.

And no comfortable liberal media commentator has the right to say otherwise. 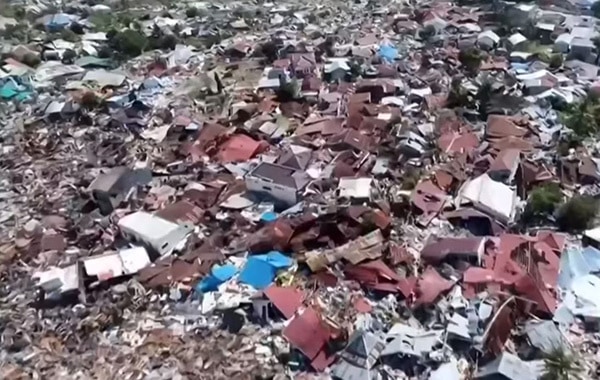