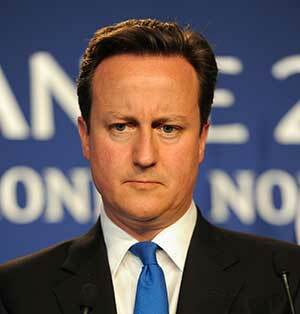 The more we hear about the Chipping Snorton set, the more determined it should make us to get rid of them (Pic: Guillaume Paumier)

The Tories and their friends have tried their best to shrug off Lord Ashcroft’s allegation about David Cameron and the pig. They have failed.

The widespread delight at the story was often class based. For years we’ve known about the debauchery and arrogance of the elite, despite their attempts to hide it.

So there was a feeling of vindication. And the backlash against Cameron demonstrates anger at the hypocrisy that surrounds the ruling class.

At their private drinking clubs the Tories sang songs about despising poor people while they trashed restaurants and rampaged through the streets.

They threw money at waiters and wrote off any damage with a large cheque. There were never any recriminations.

Contrast this to the 2011 riots. Courts stayed open throughout the night to prosecute people for taking part in the uprising against police brutality.

After the riots the man who now stands accused of having sex with a dead pig was in despair.

He moaned about the “worst aspects of human nature tolerated, indulged—sometimes even incentivised—by a state and its agencies that in parts have become literally demoralised”.

He stated, “Irresponsibility. Selfishness. Behaving as if your choices have no consequences. Reward without effort.”

He wondered, “Do we have the determination to confront the slow-motion moral collapse that has taken place in parts of our country these past few generations?”

The Tories and the papers that back them like to depict the working class as feral criminals.

But while the rich get to indulge in copious amounts of drugs at their parties, the poor get to feel the force of the law.

In the queen’s speech this year the Tories outlined plans for a new “guilty until proven innocent” rule on all drugs in an attempt to clamp down on “legal highs”.

Working class people have had their fill of being told are they are feckless, lazy and greedy.

The Tories say benefits have to be cut because people are “dependent” on them.

This comes from a group of people whose wealth is inherited, or made off of the back of the hard work of the people they despise.

Cameron wanted to be the Tory leader who shed the old toxic image of a bunch of guffawing elites.

His hope lies in tatters. The more we hear about the Chipping Snorton set, the more determined it should make us to get rid of them.