Vote left and prepare to fight after election

This article is over 12 years, 2 months old
It is still unclear who will win the most votes, who will have the most seats or who will be the government after 6 May. But no party or combination of parties will have a mandate for the cuts they will then try to unleash.
Downloading PDF. Please wait...
Tuesday 27 April 2010

It is still unclear who will win the most votes, who will have the most seats or who will be the government after 6 May. But no party or combination of parties will have a mandate for the cuts they will then try to unleash.

None of them has dared to set out what the Financial Times has dubbed the “brutal choices” required.

That’s simply because to do so would be electoral suicide. If they said what they hope to achieve – cuts of tens of billions of pounds in vital public services, hundreds of thousands of job cuts and harsh pay curbs – then nobody would vote for them.

It is also very unlikely to be a confident and united government with a strong majority. It will probably be politically weak but required by the markets and the ruling class to carry out a vicious economic programme.

That means turmoil. There will be resistance from the unions, among service users and communities. The fight will move from the ballot box to the picket lines and the streets.

Unison general secretary Dave Prentis, whose members will be in the frontline of cuts, said this week that, “You will see more militancy, you will see more social dislocation if services are wound down.”

But he quickly added that strikes would be a “last resort” and that “We have got to make sure we pick our fights carefully. We don’t want to go down to glorious defeat.”

Nobody wants defeats. But nor do we want surrender dressed up as clever tactics. So the decision about who to vote for is not just about “who has the best policies in my constituency”. It is about what best prepares the working class for the struggles ahead.

That won’t mainly be about voting. It will be about creating networks of resistance and solidarity – the aim of the Right to Work conference on 22 May.

A vote for TUSC is a vote against cuts, against workers paying for the crisis, and for resistance now and in the future.

After the election we hope TUSC can become part of a broader challenge, drawing in more support, particularly if unions such as the PCS make the decision to back trade union candidates at elections.

We support the idea of a TUSC conference to democratise the process and draw on wider experiences.

We also call for a vote for other socialists, left groups and individuals such as Respect (except where its standing against TUSC), Cambridge Socialists, Dai Davies in Blaenau Gwent and left Green Party members such as Caroline Lucas.

But that still leaves some 500 constituencies where there is no left candidate of any stripe standing.

In those areas Socialist Worker believes it’s best to vote Labour. This is not because we believe Labour’s policies will be essentially different to the Tories or the Liberal Democrats.

In truth we already have a semi-coalition in Britain, so limited are the differences between the parties.

Socialist Worker has been at the centre of resistance to Labour’s attacks. We have not and will not cover up its horrendous record or imperialist warmongering and attacks on its working class supporters.

But if the Tories win the election then every reactionary, racist and pro-capitalist throughout the land will rejoice. They will feel that bit more confident to attacks us.

The bullying boss, the police chief and the judge will all be even surer that the politicians will back them up.

Anyone who remembers Margaret Thatcher’s vicious government will need little reminding what the Tories mean.

If Labour wins, workers will feel a little more confident – if only because the reactionaries aren’t celebrating.

Gordon Brown would re-enter Downing Street knowing that only the horror of a Tory government had saved him. That would make the task of putting through cuts harder.

It is also true that Labour retains a link with the organised working class through its union affiliations. There is a rough class division that runs through most workplaces and communities between those who will vote Tory and those who regard them as scum.

We are on the side of workers who want to stop the Tories – while making it clear that workers will have to fight whoever wins the election.

Finally it is vital to block the growth of the Nazi BNP, and to fight back against the tide of anti-immigrant propaganda that infects so much political discussion and the media.

In the next few days the tasks are to continue building the biggest possible left vote, to combat the BNP, to mobilise for the Right to Work conference and build working class confidence for the fights ahead.

Vote left where you can, vote Labour where there is no real left candidate – and organise to fight whoever wins.

Food waste - a supermarket rip off

Even the diplomats don't back the war 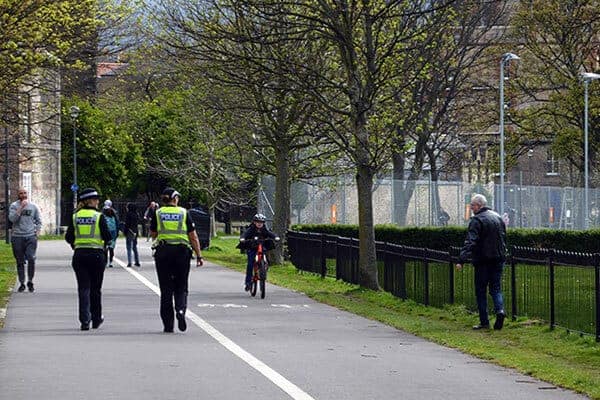