Racist lies dominate much of mainstream politics. But wide sections of the population are repulsed by the lurch to the right of those at the top.

Several polls have shown people want European Union (EU) citizens to have their right to stay in Britain upheld.

After decades living and working in an increasingly diverse society, the proportion of people willing to openly identify as racist has seen a long term decline.

The petition against US president Donald Trump’s state visit was one of the most successful since the government launched its website.

And the Women’s Marches after Trump’s inauguration were the biggest international day of protest since 2003.

Of course that’s only part of the picture.

The whole political scene has become centred on attacking immigration. Lie after lie is pumped out, and a vicious regime of border fences, detention centres and deportation flights is built up.

This has empowered a racist, nationalist right wing—from fascist Marine Le Pen in France to thugs on the streets. It has turbocharged the Islamophobia stoked up through the War on Terror.

And it has given a free pass to bosses and politicians who should rightly be reaping fury after all they have taken from us.

We need to organise to fight for a socialist world

No one should underestimate the fight on our hands. But nor should we imagine we’ve already lost.

The potential is there to build a mass movement that can defy racism and the turn to the right.

Many on the left believe the best we can hope for is to change the subject from immigration, perhaps making a few concessions along the way. But sometimes the only realistic strategy is a bold one.

We can’t defeat NHS cuts without taking on the lies about “health tourism”.

We can’t defeat Trump by avoiding his racism or absolving the establishment politicians whose misrule made him.

And we can’t derail May’s version of Brexit by defending an EU whose border controls drown thousands of Asians and Africans.

This Saturday’s demonstrations can be part of building a truly immense movement—one that can win.

This requires the broadest possible unity.

It means redoubling efforts to deepen local organisation. It means building Stand Up To Racism in the workplace, and using music and other forms of culture to defeat racist ideas.

We also need to organise to fight for a socialist world.

This fight needs activists in every workplace, college and neighbourhood who will fight to turn that vision into a reality. Join us today. 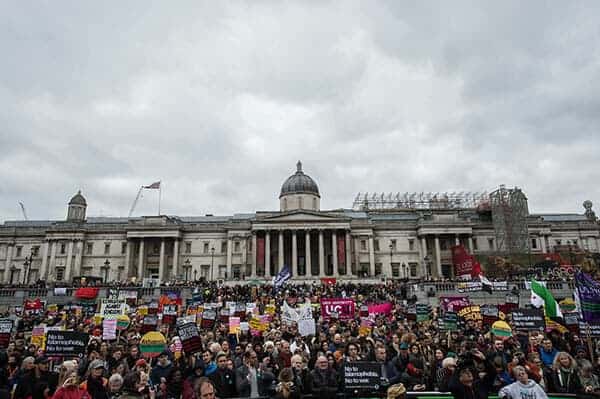 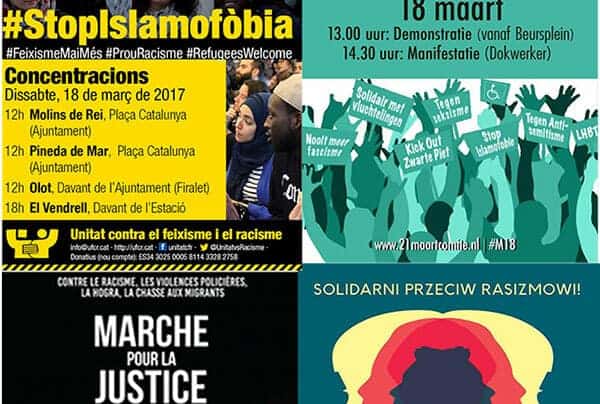 After Article 50 vote, fight for a Brexit for workers