When fear is selective

This article is over 9 years, 7 months old
The ruling elite are deeply racist—but sometimes they put their racism on hold to benefit their own interests.
Downloading PDF. Please wait...
Tuesday 26 June 2012

The ruling elite are deeply racist—but sometimes they put their racism on hold to benefit their own interests.

This couldn’t be clearer when it comes to US and British government’s attitudes to Arab leaders, particularly those who subscribe to political Islam.

David Cameron is more than happy to sell arms to the vicious, ultra-conservative regime in Saudi Arabia, and back its attempts to crush the uprising in Bahrain.

But when Muslim leaders are elected by ordinary people the attitude of the ruling class often shifts back to Islamophobia.

That’s why MI5 chief Jonathan Evans has “warned” that the Arab Spring is opening the door to further terrorism. He says Egypt will become a terror magnet.

And “military expert” James Corum wrote in the Daily Telegraph newspaper this week that “America must stop the policy of ignoring Arab extremism and human rights violations and offer a clear warning… Failure to act on these two issues should trigger an immediate American response.”

Imperial powers want to have strategic control over the Middle East. They want trusty guardians installed across the region to replace their fallen “strongmen”. Their role would be to protect oil supplies and maintain “order”.

The West’s rulers have no interest in democracy or the freedoms of ordinary people, anywhere in the world. They are hypocrites of the highest order.

Look to new alliance not the old enemies 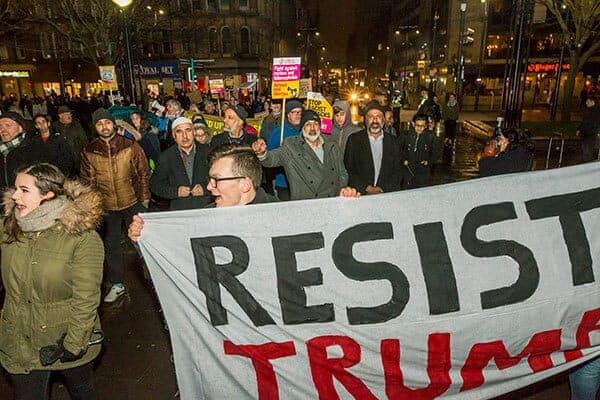 Resist our rulers’ new battle for the earth