Attempts by racists and fascists to capitalise on the killing of Lee Rigby in Woolwich in May was met with vigorous and successful protest. As was the ban on Muslim women wearing religious veils at a Birmingham college.

That is a tribute to the strength of anti-racism in Britain today.

Indeed, anti-racist feeling is such that racists rarely refer directly to skin colour any more. Instead they talk about the threat that Muslims or immigrants represent to the “British way of life.”

Yet the implicit racism is rarely far below the surface. It was shown by BBC political editor Nick Robinson when he described one of the Woolwich attackers as being “of Muslim appearance”.

Robinson was presumably equating being Muslim with a person’s skin colour, the curliness of their hair or shape of their nose. In other words, physical attributes associated with Black or Asian people.

But of course white people can also be targets of racism, like the hostily towards east European immigrants that parties such as Ukip try to stoke up.

Implicit in racism is the idea that differences in skin colour or other physical attributes conceal innate differences in intelligence, personality or other behavioural characteristics.

Yet the idea that humanity is divided into different “races” has no biological foundation at all.

One of the clearest findings to emerge from the Human Genome Project was that significant genetic differences exist between individuals within a racial group.

Much more, in fact, than the level of difference between “average” representatives of different racial groups.

This close biological similarity between all modern humans reflects the fact that our species evolved in east Africa before rapidly spreading across the globe 60,000 to 125,000 years ago.

At that time there were already human-like species outside Africa, such as the Neanderthals in Europe and parts of Asia.

The exact role that modern humans played in the disappearance of such groups remains controversial.

Some have suggested that the process was one of violent conflict but there is little evidence for this. Instead competition with modern humans for scarce resources and a changing climate are more likely factors.

Interestingly, recent analysis has shown that modern humans share a small amount of genetic similarity with Neanderthals and other early human-like species. The contribution varies across the globe, suggesting past inbreeding with these species.

But none of this seems to have led to anything other than slight biological differences within different human populations.

I recently had my own genome analysed and 2.9 percent of it seems to have originated from Neanderthals. But before you start drawing conclusions about my character, it’s worth pointing out that new evidence shows Neanderthals were a sophisticated, cultured species, whose menfolk did their share of the housework!

Another racist notion is that immigration represents a threat to established communities. Yet since Homo sapiens spread out from Africa, there has been continual global migration.

One of the genes I inherited from my mother originated in a woman who lived in Spain 16,000 years ago.

She began a trek north that would see her descendants spread to corners of Europe such as Lapland, but also my home town of Bradford, Yorkshire.

Far from being abnormal, migration has been a constant feature of our species since its birth.

An academic framework which stifles challenges to the system 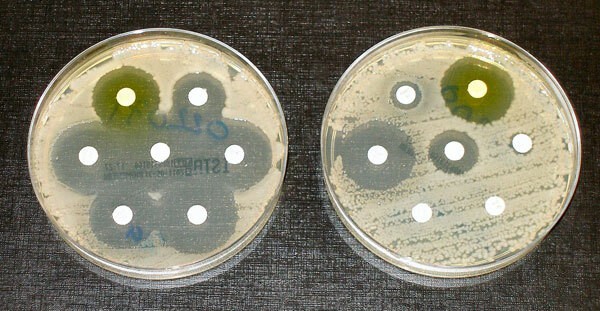