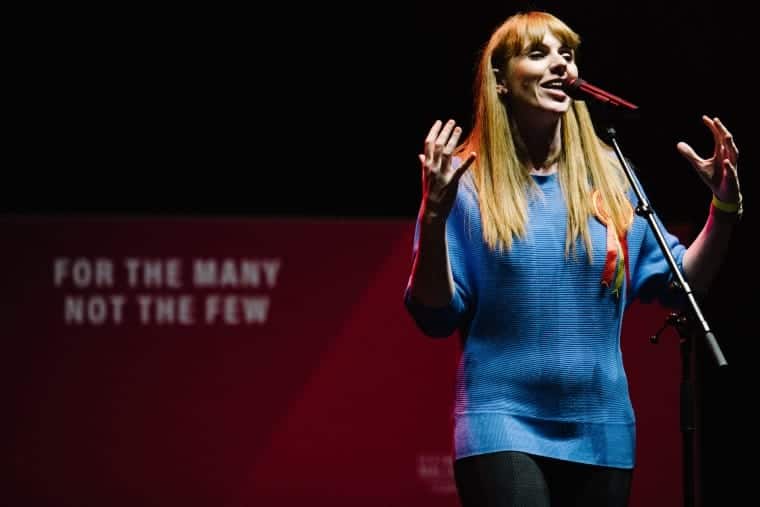 Keir Starmer’s Labour has taken a darker, nastier turn. Taking their cue from one of the most disgraceful chapters in Labour’s history, his leading politicians are competing to demand the most vicious punishments for petty crimes. Angela Rayner gets first prize for now. “On things like law and order I am quite hard line,” she told an event last week.

Police should be able to storm people’s houses at three in the morning just to “antagonise them.” Not only that, but they should shoot terror suspects first “and ask questions later.” “Is that the most controversial thing I’ve ever said?” she smirked. But she knows that this time Starmer won’t ask her to apologise—the message comes from the top.

The phrase “Labour is the true party of law and order” should provoke memories of resentment and fear. Shadow home secretary Yvette Cooper said it last week. But it’s word for word what Tony Blair said when he was shadow home secretary in 1993. It was the beginning of the “tough on crime, tough on the causes of crime” policy that was a key part of Blair’s government. It meant years of giving police new ways to harass and criminalise working class and young people—then hit them with lengthy prison sentences.

Then, as now, this was part of Labour’s response to an unpopular Tory government—an attempt to outflank them and appear even more right wing. It’s a dangerous tactic that can play into the hands of the right, spreading division and blame among the working class. But it was more than just a cynical manoeuvre.

Meanwhile, “Tough on the causes of crime”—among them “poor education and housing,” and “low employment prospects”—created the thin illusion that Blair saw tackling poverty as the solution.

But he meant something much different. Blair said that the real cause for crime was “our disintegration as a community.” The answer was “a new bargain between the individual and society,” with “rights and responsibilities” enforced by the state. This had nothing to do with socialism. Instead, Blair’s inspiration came from hard line conservative thinkers from the US.

They said the free market was the best way to run society. But they said there had to be ways of dealing with an “underclass” of people in poverty marginalised from society because they couldn’t—or wouldn’t—fit in. The poorer you were, the more likely you were to commit a crime—but poverty could be no “excuse.” If you’ve turned to crime it’s because you’ve got a bad family and no sense of respect.

The answer was a regime of blame and punishment. So one of the first things Blair’s government did in 1997 was publish its “no more excuses” policy paper on youth crime. It included measures that allowed police to impose curfews and restrictions on children, and a “final warning” route towards prison sentences. It set the tone for years of new ways to criminalise working class people—often not for committing any crime.

“Anti-social behaviour” became a new way for authorities to punish any behaviour they deemed unacceptable. The notorious Anti-Social Behaviour Order—Asbo—allowed a magistrate to punish anyone they decided had behaved “in an anti-social manner that caused or was likely to cause harassment, alarm or distress.”

Break the terms of your Asbo and you could end up in jail—even if what you’ve done isn’t a crime. This was the ugly face of Labour’s progressive sounding “community” politics. It went hand in hand with its embrace of business and the free market—and that’s why Keir Starmer likes it.

An open letter to socialists in the Labour Party