I may die trying to win freedom

This article is over 16 years, 3 months old
At least five Africans died last week in a desperate effort to break into the Spanish enclaves of Ceuta and Melilla in the north of Morocco. Mamadou Diakite was one of those who took part in the attempts to scale the fence. He spoke to Charlie Kimber
Downloading PDF. Please wait...
Saturday 15 October 2005

I come from Bamoko in Mali, about 2,000 miles from the Nador in Morocco where I am now. It was the death of my child which made me leave my wife behind, along with my two other children and my father and mother.

I am 27 years old but I have only had work for a few months of my life. My wife sometimes gets work, but for very little money, and my parents are often ill.

My father worked for many years in construction and he is now ill because of the dust he breathed in. All of this means that we often have no food.

My second child died when she was four. She was very small when she was born, but seemed to get better and then was carried away by flu or something. She was too weak, too underfed I think.

When I saw her poor shrivelled body I decided that I would no longer be a shameful person who cannot provide food for his family. Instead I would go to Eldorado — to Europe — and get work and make my parents and my family happy and proud of me.

A group of us set off and went first to Taoudenni in northern Mali. Then we went across the Sahara desert and the Mauritania-Algeria border to Morocco.

Then we went to Nador, which is near Melilla, one of the Spanish enclaves. Some of the time we got lifts on trucks, other times we walked.

It was a very hard journey. Moussa, a man from the same district as me, died on the way. I will not give his full name because his parents may not know he is dead.

Around Melilla there are makeshift camps. Ours was known as “the ghetto”. There were people there from Senegal, Guinea-Bissau, Ghana and Nigeria.

We all just wanted to get to Europe to work. I would do anything to get money for my children.

Most of us were young men, but some people had their families there as well. I stayed three months in the ghetto, learning about the razor-wire fences that keep you out and waiting for a chance to get across.

It was not a nice place, there was very little water and food was hard to come by.

One night we agreed that we would rush the fence. We made our ladders from branches and then at night we went to the fence. I could not believe what happened.

There were police with tear gas and rubber bullets and batons. Many of us were beaten, others very badly cut by the wire. Nobody got across. The Spanish and the Moroccan police both hate you, both are out to club you.

The second time there were more of us and we coordinated better between the camps. I think ten people made it this time, although many were very badly beaten.

Then recently 500 of us made another attempt. Some people were killed because there was live firing. But dozens got through. I was badly beaten by a policeman and did not make it across.

It was appalling to see those broken bodies, human beings treated worse than dogs. But it is a measure of our condition that overall the result seemed good to us because some people might have made it to Spain.

Afterwards there was a big crackdown on the camps where we stayed. In another area hundreds were taken and dumped in the Sahara desert near the Algerian border. They would have died if they had not been rescued by charity workers.

My ambition is still to get to Spain by scaling this fence, or to get enough money to pay a smuggler to take me by boat. But being smuggled in costs £400, which I do not think I can get.

Perhaps I should go back to Bamoko. But that would seem even worse after trying to get to Eldorado — it is better to die trying to win freedom.

We are from a very poor country, who would like to have the chance to make our way in the world. But instead of helping us, the authorities are making the fences bigger to punish us.

I do not think many will get into Europe this way for much longer, but many more will die here, or in flimsy boats, or in other ways trying to get to Europe because we are very desperate.

US warship fires on Somali village 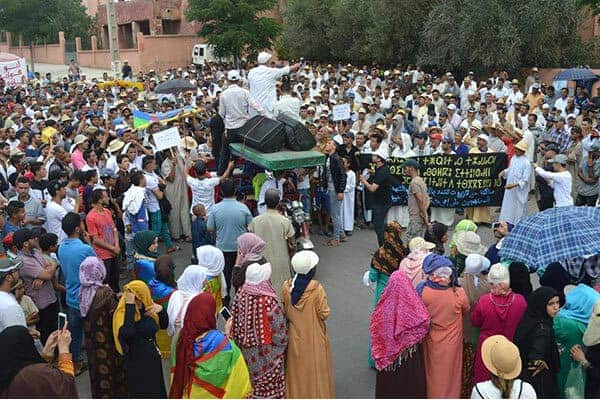