The Nigerian military has killed over 950 people in custody this year as part of its “war on terror” against Islamist group Boko Haram.

Most of the deaths occurred in detention centres run by the military’s Joint Task Force according to the senior officer, who leaked details to Amnesty International.

People accused of being associated with Boko Haram are rounded up and kept in appalling conditions.

The majority of deaths have taken place in military  bases including Sector Alpha, commonly known as “Guantanamo”. They are all in the north east of the country where the government is trying to suppress the insurgent movement.

Many deaths are due to overcrowding, starvation and beatings. Amnesty has interviewed people who say that other suspects are executed without trial.

Boko Haram has attacked targets, including schools, to establish a “pure” Islamic state that rejects Western values. It recruits among masses of desperately poor young unemployed.

Its propaganda attacks the corrupt government for stealing the country’s oil wealth. 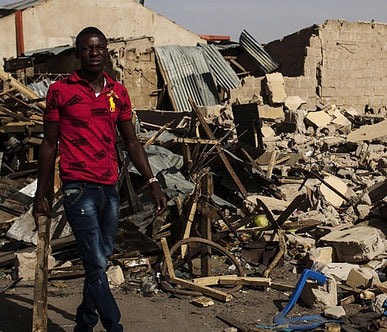