Campaigners held stalls and a brief march to get the message out.

The Labour council plans to slash £1 million from the borough’s libraries.

Council bosses replaced full time staff with volunteers at five out of 12 sites in 2011.

They now plan to remove staff from a further four libraries.

This would leave just three professionally staffed sites for 275,000 people.

Caroline, a library worker, said, “I know the people who will be affected—children, job seekers and vulnerable elders. We can’t let this happen.”

Library assistant Linda explained, “There is no continuity with volunteer-run libraries.

“Libraries are about more than just books. Services for mothers with young children, such as under-fives storytime and baby-bounce will be lost.”

Activists were preparing to lobby Lewisham council as Socialist Worker went to press. 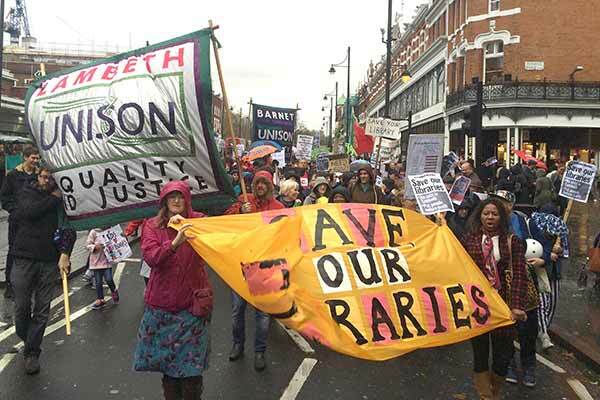