Unite union reps from London’s bus garages last week attended one of their most political conferences to date.

More than 200 workers discussed protecting terms and conditions, supporting the BA cabin crew and fighting against the fascist BNP.

One driver said that the meeting represented a “big leftward shift” among bus drivers.

The conference also discussed regulations governing the transfer of drivers between companies as contracts for routes are won and lost by private bus firms.

The TUPE rules are meant to protect existing terms and conditions.

But privatisation is designed to undermine these.

In the past, the union has simply accepted transfers between companies.

Some drivers are now questioning this and putting the union under pressure. One driver said that “the union could do more around this issue”.

A striking BA cabin crew member spoke and got “an enormous reception,” according to a delegate.

Following suggestions from the floor, a collection for the strikers was held. Unite reps were encouraged to follow it up with collections at their garages.

Metroline workers then collected over £300. Drivers at Sovereign collected £200 and took it to BA picket lines at Heathrow on Saturday morning.

Ken Livingstone spoke at the meeting and promised that if re-elected as London mayor he would introduce equal pay for all drivers across the capital.

But many workers expressed anger and disappointment with Labour’s record in office. Livingstone agreed that New Labour has let workers down, but attacked the Tories and called for a vote for Labour.

One driver suggested that workers needed a new party. Livingstone responded by saying that socialists should try and win back control of the Labour Party from the ‘New Labour cabal”.

Drivers at Holloway bus garage are to hold a “people’s ballot” to see whether they want to keep the accident and emergency department open at the Whittington hospital.

Unite has issued a national Busworkers’ Charter that calls for an hour off the driving time of bus drivers with no loss of pay.

Paul Brandon, Unite rep at Holloway bus garage, said, “This is a very welcome development and the sooner a national bus ballot takes places the better.” 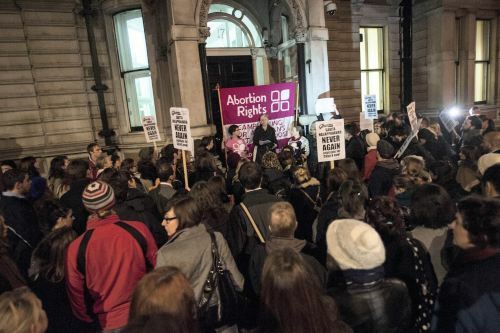 Rise Up to Stop the War