Over 300 people came to the People’s Commission of Inquiry into planned cuts at Lewisham Hospital in south east London last Saturday.

The inquiry into cuts at the hospital was organised by Save Lewisham Hospital campaign and chaired by leading barrister Michael Mansfield.

The Commission heard evidence from patients, staff and researchers.

Patient Deion Stephenson, explained how cuts to the children’s services would affect him.

“The doctors at Lewisham know me and my condition. If I had to go a long way to see new people each time I’d have to tell them again and again”.

Cuts at Lewisham hospital include the sell-off of 60 percent of its buildings and cuts to the A&E, children’s and maternity services.

This is to bail out the debts of the neighbouring South London Healthcare NHS Trust built with Private Finance Initiatives (PFI).

Allyson Pollock, Professor of Public Health at Queen Mary University of London, gave evidence that PFI hospitals cost twice as much as those built with public money.

She said, “PFI trusts pay 15 to 30 percent of their income to finance their debt—which leads to staff cuts”.

Referring to the Mid-Staffs hospital scandal she said, “There are lots of Mid-Staffs in the making.”

Colin Leys, author of The Plot against the NHS, argued that it was not enough to rely on parliament to save the NHS. Some 200 MPs and peers have financial interests in private medical companies.

Doug and Doris Smith, activists in the Pensioners Forum, were born in south east London before the NHS was founded. “The cuts mean we’re going backwards”, said Doug.

The campaign has raised £20,000 and is now taking Tory health secretary Jeremy Hunt to the High Court for a judicial review.

Campaigning activities are planned across Britain on Friday of this week to mark the 65th birthday of the NHS. Health workers’ unions including Unison and Unite are leading them.

Rallies are planned at hospitals threatened with cuts such as Bolton in Lancashire and Trafford General in Greater Manchester—the birthplace of the NHS, now faced with closure.For further details see bit.ly/Z2wTtn

Unions are backing a national demonstration to defend the NHS at the Tory party conference in Machester on 29 September.

Thanks to Andrew Smith 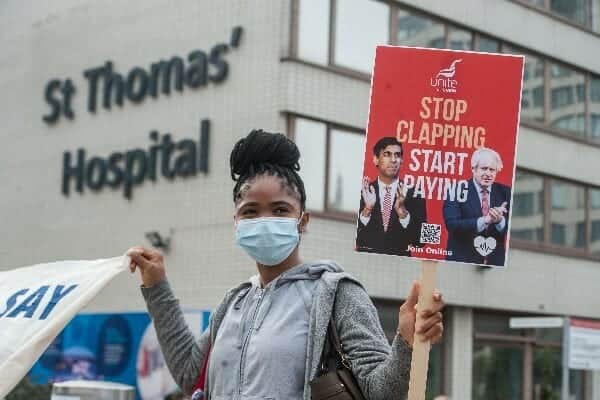 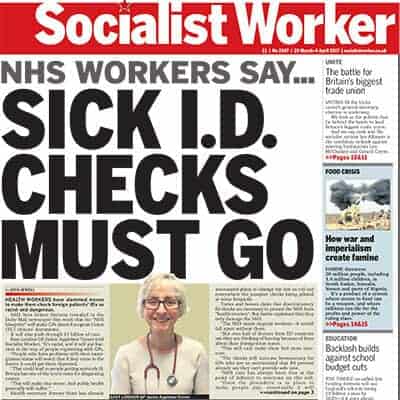