Care workers in the Unison union struck last week in their dispute over pay with bosses at Your Choice Barnet (YCB) in north London.

The strike going through Wednesday and Thursday was the workers’ second solid two-day strike.

They have two more days planned. They are set to be out on the same day as the national local government pay strike on Monday 14 October and again on Wednesday 16 October.

YCB is an outsourced company controlled by Barnet Council. Bosses are attempting to force through a near 10 percent pay cut on workers and have already cut a third of jobs.

Previous talks revealed the company had to borrow £1 million—around 20 percent of its budget—from Barnet Homes, also controlled by Barnet Council. This was to be repaid at commercial interest rates over the next three years.

On Monday of this week the dispute was due to be discussed at the conciliation service Acas, but Barnet Council, YCB’s sole shareholder, refused to attend.

The union is demanding this debt is written off and calling for the service for adults with disabilities to be brought back in-house.

Barnet Unison branch secretary John Burgess said, “If the council want to genuinely end this then they have to stop hiding behind political ideology and recognise YCB is in a financial crisis. Anyone looking at the books will see that.

“The silence over the £1 million loan is deafening. We have submitted our proposals onto the negotiating table and it is for Barnet Council to respond.”

Doncaster Care UK workers are set to strike for another three weeks from Monday of next week, which will be their 70th strike day this year.

The workers care for adults with learning disabilities and were privatised by Labour-run Doncaster Council where Labour leader Ed Miliband is also a local MP.

He has never given a statement of support despite the dispute illustrating the impact of the Tories’ Health and Social Care Act which Labour says it opposes.

Care UK workers are striking for the Living Wage for new staff—who earn just £7 an hour—and a meaningful rise for everyone else.

They have deliberately timed their new strike to coordinate with the national pay strikes of health and local government workers on 13 and 14 October. 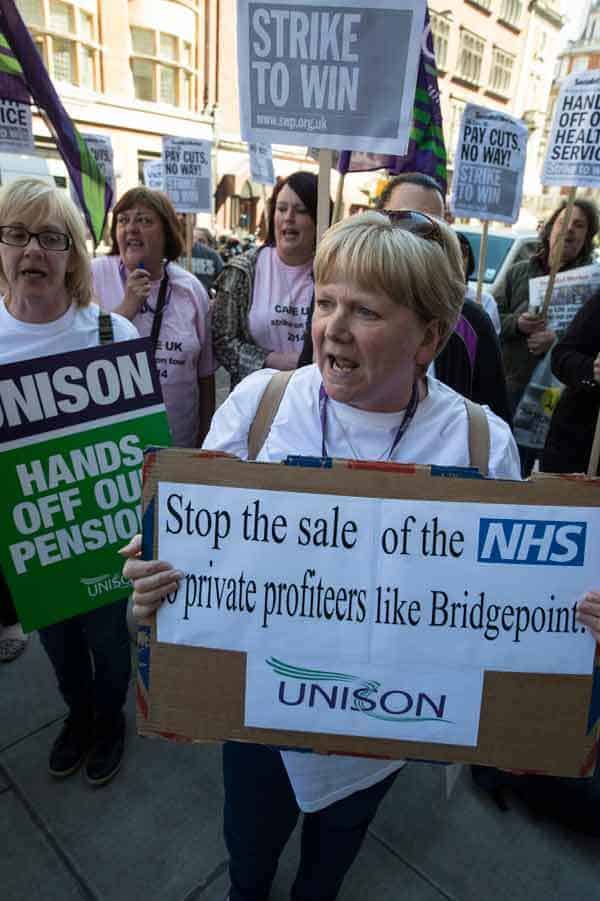 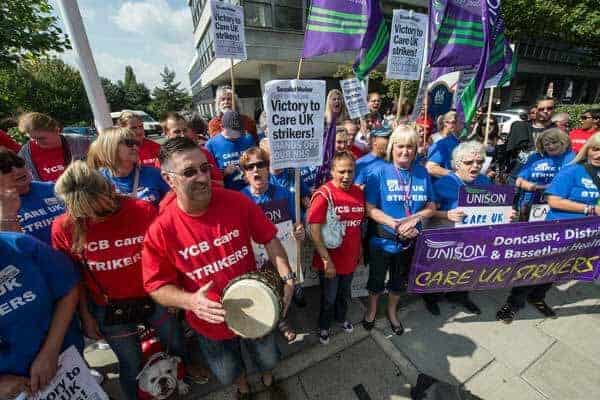