Workers at Bromley Council in south London began a week of strikes on Monday of this week. This follows a previous 48-hour strike after an 87 percent strike vote to strike against planned cuts.

The walkout by library staff in the Unite union closed Bromley Central Library. They went on to picket Orpington Library.

Workers leafleted for a public meeting to spread the message about the Tory-run council’s cuts and privatisation.

Other Unite members at the council were set to join the action on Friday of this week, Thursday of next week—the day of the general election—and Tuesday 19 May.

Workers at the threatened Astley care centre and in passenger services were set to strike from 13-19 May.

Council workers in Barnet, north London, were to strike for two days from Thursday of this week.

They are fighting more mass outsourcing by the Tory-run council. 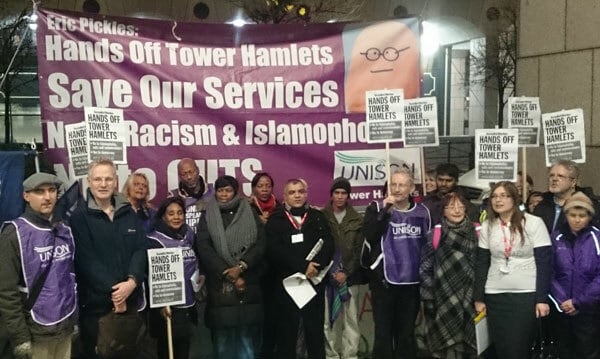