This article is over 10 years, 5 months old
The Egyptian army and police have sent thugs using clubs and an armoured car to smash up the camp of martyrs’ families and their supporters in Tahrir Square today. Several activists have been arrested.
Downloading PDF. Please wait...
Monday 01 August 2011

The Egyptian army and police have sent thugs using clubs and an armoured car to smash up the camp of martyrs’ families and their supporters in Tahrir Square today. Several activists have been arrested.

Families of people murdered by Hosni Mubarak’s regime during the revolution, regarded as martyrs of the struggle, have been camped in the square since 8 July. They are calling for justice and for the officers who murdered their children to be prosecuted.

Tensions are high in Egypt after demonstrations on Friday in the square saw a national mobilisation of different Islamist groups.

The momentum of the revolution can still move forward as workers and activists organise and demonstrate, and there is growing frustration that the military government is holding back the pace of change in the country.

The Revolutionary Socialists, as well as the Democratic Workers’ Party, the Popular Committees to Defend the Revolution, the No Military Trials group and the Kifaya movement decided to remain in the Square with the protesting families after many other groups made the decision to leave.

Before the square was cleared, Hisham Fouad, a leading socialist activist, said “It is undeniable that the sit-in has achieved important results: it has returned the revolution to Tahrir Square, and forced the regime to concede a number of the revolutionaries’ demands, although we are still waiting for others to be fulfilled.

“However, we are continuing the sit-in out of commitment to the wishes of an important section of the martyrs’ families.”

He added “the Egyptian revolution should not be reduced to a sit-in in Tahrir Square but must be transmitted to every street and workplace.” 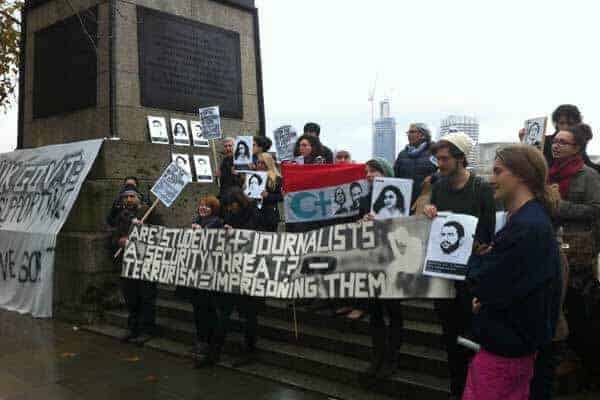