This article is over 11 years, 7 months old
The government and the police have cracked down on the student movement.
Downloading PDF. Please wait...
Tuesday 18 January 2011

The government and the police have cracked down on the student movement.

One protester being targeted is Bryan Simpson, a student at Strathclyde University. Police raided his house on 24 November—a day of protest across Britain.

A solidarity campaign has been set up for Bryan, which has gained the support of Gareth Peirce, George Galloway, Noam Chomsky and hundreds of students and trade unionists.

Bryan’s supporters have set up a website where fellow campaigners can download motions to pass in their union branches and donate money to the legal defence. Police show no signs of letting up their pressure on the movement.

On 13 January, an anti-terrorism officer working for Prevent, which aims to “tackle extremism”, wrote to universities and colleges in London.

They stated, “I would be grateful if in your capacity at your various colleges that should you pick up any relevant information that would be helpful to all of us to anticipate possible demonstrations or occupations, please forward it onto me.”

The letter encourages contingency plans against occupations and to anticipate a “renewed vigour” from students fighting the cuts.

In Birmingham renewed vigour was on display as students occupied a lecture theatre on campus.

There were a small number of students, which made it easier for security guards to intimidate them. They restricted access and eventually forced the occupiers out with the help of police.

Every victimised student must be defended by building broad-based solidarity to beat back the attacks. 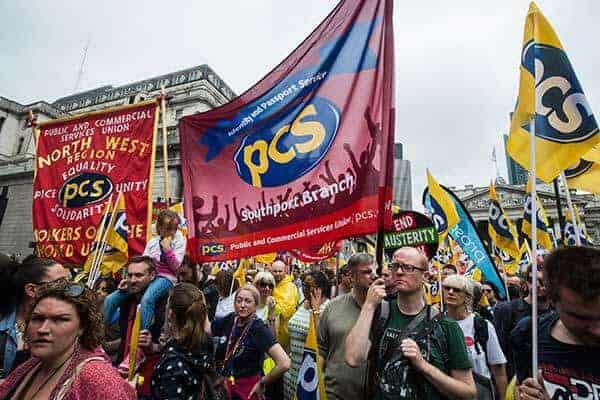 Going through the roof