TRAIN DRIVERS on Southern rail have voted by 87 percent to strike.

Their first walkout—set for 13 and 14 December—will shut down the busy south east commuter network. But unfortunately the Aslef union members will not be coordinating their action with guards in the RMT union.

It’s a missed opportunity to foster the kind of joint action that can force the bosses back.

Yet guards preparing for a 72-hour walkout, set for next Tuesday, will welcome others joining the fight.

They are resisting plans from Govia Thameslink Railway, which runs Southern, to extend driver only operation (DOO). Both unions oppose the plan.

Extending DOO will increase pressure on drivers and scrap the guards’ role as the second safety critical worker on the train.

There is also an agenda to attack trade union organisation on the railways.

Govia bosses are carrying out the attack with the full backing of the Tory government.

Pushing through DOO across the rail industry is worth over £350 million to rail firms. It could see hundreds if not thousands of jobs slashed.

The firm has claimed that “unofficial industrial action” will cost it £38 million this year. But it is in the firm’s interest to use this “estimated” figure as an excuse for failing to hit targets—and possibly avoid fines.

It blames workers for its failure to run a decent service. But if bosses had any proof of unofficial industrial action they would have run to a judge to take action under the Tory anti-union laws.

The guards’ solid action this year has had a big impact. It hit the revenues that go straight to the government by £8.4 million up to 15 October.

Tory rail minister Paul Maynard revealed that £4.7 million in compensation was paid to Govia passengers in the same period.

Govia carries a fifth of passengers in England and Wales, and its performance is so bad it’s dragging down national statistics.

It would cost less than a quarter of the compensation to settle its dispute with train guards. Or a tiny fraction of the £20 million bailout thrown at Govia by the transport secretary.

When compared to the £157 million in profits stockpiled by parent company Go Ahead, it’s a drop in the ocean.

Joint walkouts could hit the bosses hard—and start to derail their attack on safety.

Piccadilly Line is in a pickle

Up to 500 London Tube drivers were set to strike for 48 hours from 9.30pm on Tuesday of next week.

They work on the Piccadilly and Hammersmith & City lines. The RMT union is coordinating two disputes over “a breakdown in industrial relations, breaches of procedures and bullying and harassment of staff”.

RMT general secretary Mick Cash said, “A major engineering problem” on the Piccadilly Line “has finally boiled over” too. He blamed “pressure on services and sheer managerial incompetence.”

The union demanded urgent discussions at a senior level “to give serious consideration to the Piccadilly line being closed” until the problem is sorted out and all trains are fixed and safe.

It also called for the introduction of Night Tube on the Piccadilly Line to be postponed. 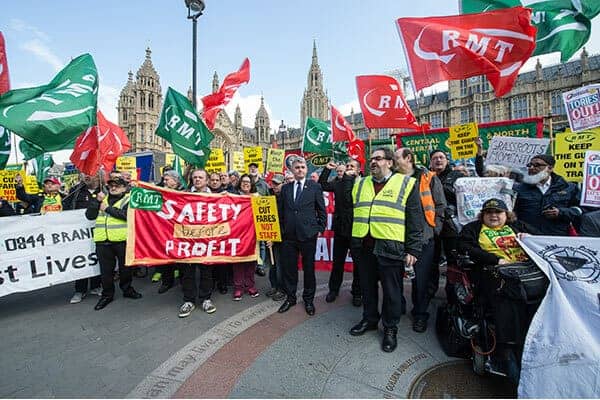 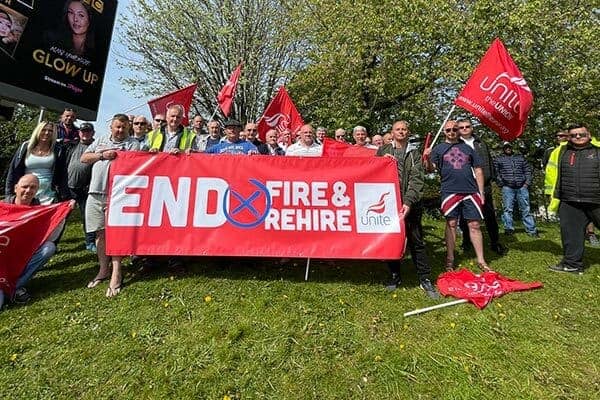