US MILITARY documents show that for years the Pentagon has been rewriting film scripts and plots to improve its image. If studio bosses want to use military equipment in their films they need the approval from the generals. It’s no surprise the military cooperated in making the 1985 gung-ho film Top Gun.

Bosses at the Disney corporation wrote a begging letter to the Pentagon for backing for their 1998 film Armageddon. “We firmly believe that with the support of the US military Armageddon will be the biggest film of 1998, while illustrating the expertise, leadership and heroism of the US military,” it gushed.

As one of the Pentagon’s documents admits, “Military depictions have become more of a commercial for us.” The makers of the James Bond film Goldeneye agreed to make the traitor a French man, not a US navy admiral, after pressure from the military.

Guess what films the Pentagon regarded as portraying a bad image of the military and refused to cooperate with? They are movies set in Vietnam or that ridicule the army including Apocalypse Now, Dr Strangelove, Full Metal Jacket, Platoon and The Thin Red Line. The Pentagon also rejected support for Independence Day because “all advances in stopping the aliens are the result of actions by civilians”.

THE FREE market Institute for Economic Affairs is worried that literature is encouraging our children into anti-capitalist attitudes.

In one of Jane Austen’s novels they uncovered a “contempt for business”. E M Forster, W B Yeats, D H Lawrence, George Orwell, George Eliot and Virginia Woolf are just some of the authors of classics with anti-business ideas. Maybe Blair will change reading lists in the national curriculum.

IT SEEMS the pharmaceutical companies will go to any lengths to keep their profits flowing. The head of drug action at the World Health Organisation has received death threats and been attacked with the warning, “Stop criticising the pharmaceutical industry.”

German Velasquez is a leading critic of the industry’s policy of denying affordable drugs to poor countries. He is now under police guard after being slashed on the arm with a knife while at a meeting in Rio de Janeiro in May this year.

There is tension inside the World Health Organisation between those who want to accommodate the pharmaceutical companies, and others who believe in naming and shaming the powerful firms.

THE ISRAELI government is planning further measures to stop the truth getting out about its murder of Palestinians. From January all Palestinian journalists working in Israel will have their press passes taken away.

“The fact is that many of these jobs could be done by Israelis,” says government chief press officer Daniel Seaman.

POLICE OFFICERS here have drawn the same conclusion as their counterparts in Italy on the Genoa protests-journalists reporting on protests are targets for attacks.

A recent documentary shown on Channel 4 on Friday of last week showed that Zoe Broughton was held in police custody in May. Officers raided her house after she reported on a Greenpeace occupation of a waste plant in Sheffield.

The cops have interviewed her twice to get evidence for a charge of conspiracy to cause criminal damage. Another journalist, Martin Palmer, was arrested in June after he videoed an anti-consumer protest in Portsmouth. “A vanload of police swooped, held me and seized my tapes,” he said.

Over the last two years journalists have regularly reported being arrested and beaten by police while on environmental and political protests. “At present the right to report freely at demonstrations is at risk,” says Mike Holderness, editor of Freelance, the newsletter of the London Freelance branch of the NUJ union. “Politically it is a huge problem and one that does not appear to be about to go away.”

Clubbing together against racism

FOOTBALL FANS in Scotland have sent a message that they aren’t falling for the racist scapegoating of asylum seekers. Some of them clubbed together to buy tickets for 20 asylum seekers to watch Scotland’s World Cup qualifier match at the Hampden stadium last Saturday. The 15 tickets were their gesture of friendship to refugees housed in Sighthill in Glasgow.

This is the housing scheme where Kurdish refugee Firsat Yildiz Dag was murdered recently. The generous fans explained, “We decided it would be a good way of showing some solidarity after the trouble here recently.”$ Some businessmen in the United States hope to profit from the recession. The security firm Guardsmark urges firms to employ bouncers to ward off angry employees.

Its advert depicts a shooting spree at a workplace. It reads, “A loyal employee for 22 years. Last month he was laid off. “This morning he came back. No one was ready for him.”

HAVE YOU got 3,000 a year to spend on clothes? Then you’ll want a copy of new luxury magazine Spruce. The publisher identifies a Deutsche Bank or Goldman Sachs banker as their ideal reader. They admit “We are aiming so far up the food chain where people have money to spend.”

“THERE IS endemic racism in the Tory party.”

“IMMIGRATION, an issue which we raised successfully in 1992 and again in the 1994 European election campaign, played particularly well in the tabloids and has more potential to hurt.”

“WE WERE asked for, and provided, prizes for a Christmas card competition organised last year by Tottenham Labour MP David Lammy, and are happy to help if approached by individual MPs.”

“HOPE was shattered during the second week of the election campaign. I visited 40 constituencies during the campaign. Everyone wanted to complain at Labour’s new plans.”

“I CAN say categorically I was not campaigning for privatisation of the NHS and neither was anyone whom I met.”

“SECTION 28, I accept, has about it a totem which is about saying to a group in the community, ‘We actually rather dislike you’.”

“THIS legislation protects the most vulnerable in our society, our children. There is no question of repealing it.” 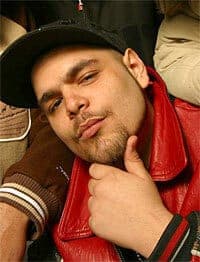