Health workers will be balloted for strikes over pay

Staff in the health service are set to join the pay fight after three health unions announced workers are set to be balloted to strike.

The Unison and Unite unions and the Royal College of Midwives announced they would be balloting over the pay insult made in March.

It is the first time midwives have been balloted in their history.

Karen Reissman, nurse and Unison national executive member, told Socialist Worker in a personal capacity, “There will be a ballot in Unison from the 28 August to 19 September.

“The vote will be to strike for four hours on 13 October. The plan is for Unison members to take action short of strikes during the rest of that week.”

Unison has some 500,000 members in the health service.

Unite is balloting nearly 90,000 members, including those in Northern Ireland and Wales. If they vote yes to strike, it is likely to also start in October.

Karen said, “A significant number of delegates at the health and regional executives wanted to do more.”

Many are pleased that they could also be striking with midwives and many other health workers.

“Many talked about the possibility of other unions joining Unison in the action,” said Karen.

All trade unionists should put pressure on their executives to show there is a mood to be part of the fight in the autumn.

“There was a huge response to a survey, with 20,000 responding saying they wanted to take action,” Karen added.

“Now we have to go for the biggest yes vote we can and to make the strike as strong as possible.

“That will help us win the argument for escalating to longer strikes and to go out at the same time as other workers.” 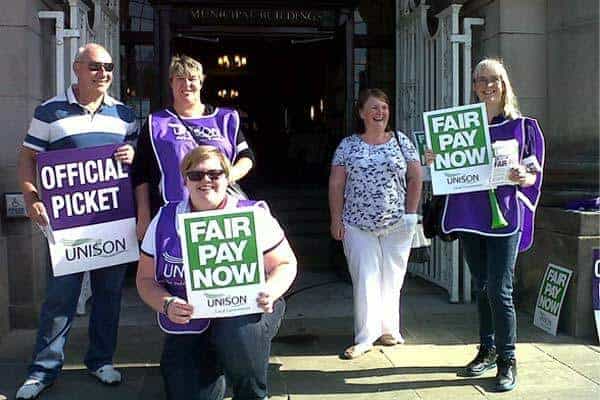 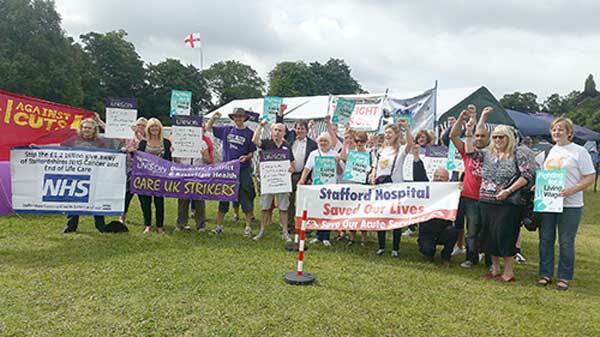