This article is over 11 years, 8 months old
Essex FBU will be resuming its industrial action against cuts on Monday of next week.
Downloading PDF. Please wait...
Tuesday 14 September 2010

Essex FBU will be resuming its industrial action against cuts on Monday of next week.

The action, over bosses axing 44 firefighters, will include an overtime ban and refusal to cover staff shortages.

Essex firefighters took industrial action short of a strike for eight months until this April, when it was suspended for talks.

Bosses pledged to sign a deal on 21 July—but backed out at the last minute.

Essex FBU secretary Keith Flynn said, “Now the chief has informed us that he won’t sign up to settle the dispute over his last set of frontline cuts until he has drawn up his plans for the next round of cuts.

“Our members are livid.”

A new survey for the FBU shows that nine out of ten people oppose any plans to cut funding of the fire service.

Firefighters in a battle for us all 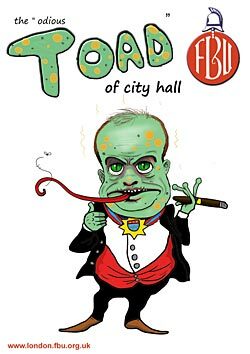 Stick it to the fire bosses 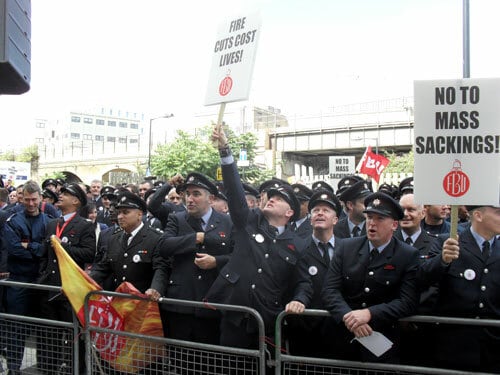 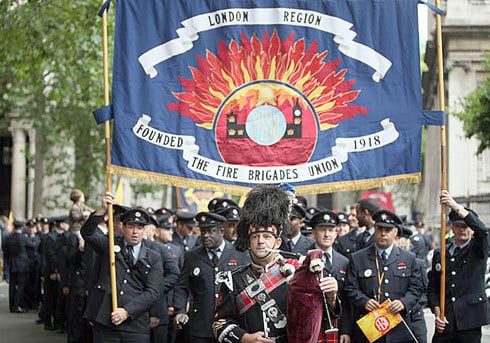