March for education on 29 January

This article is over 11 years, 0 months old
Students and workers unite against the cuts
By Siân Ruddick
Downloading PDF. Please wait...
Tuesday 18 January 2011

College and school students are taking their futures into their own hands.

Students across the country are organising and protesting against government plans to scrap their Education Maintenance Allowance (EMA).

Tuesday and Wednesday were EMA days of action. Parliament is due to vote on abolishing the £30-a-week lifeline on Wednesday.

EMA goes to the poorest students—thousands of lives will be ruined if it is axed.

A survey of more than 700 EMA recipients, conducted by the lecturers’ UCU union and the Association of Colleges, found that 70 percent said they would have to drop out of their course if their EMA is withdrawn.

The money goes a long way. It helps to pay for transport and course materials. It also relieves the pressure felt by young people to start working as soon as they turn 16 just because their families cannot afford to support them in education.

Further education students have been a vital part in the fight to defend education for all.

Samir Karnik Hinks from Bury told Socialist Worker, “We’ve been passing around a letter for students and teachers to sign against the cutting of EMA.

“We are going to hand it in to our local Tory MP when we march to his constituency office on Wednesday.”

Students at Leeds Trinity College have been in occupation since 4 January.

Andy Smith, a second year psychology student who is part of the occupation, told Socialist Worker, “We demand the reinstatement of EMA, that tuition fees do not rise and an end to the victimisations of other students (see below).

“We’re having a rally on campus to bring more students from Trinity into the occupation.”

In Birmingham, students are marching on the city centre, and plan to target a bank in protest over bankers’ bonuses.

Molly, from Sutton Coldfield Grammar School for Girls, said, “I’ve been handing out loads of leaflets and we’ve put posters up near the EMA collection point.

“People haven’t stopped being angry because of the holidays—they are furious at politicians saying EMA doesn’t matter.

“That’s rubbish—I have a friend who has to be driven to school because there’s no bus. Without EMA they wouldn’t be able to afford the petrol. How can they say EMA doesn’t matter?”

The Tories’ support for the bonus grabbing bankers has exposed them as a government by and for the rich.

That is why, on Saturday 29 January, workers and students will march together in London and Manchester against the vicious attacks on education and to defend public services.

The explosion of the student movement at the end of last year has inspired tens of thousands who are angry about Tory cuts to jobs and services.

That inspiration must be turned into action.

Student unions across the country are booking coaches to get to the protests. School, college and university students need to unite with local workers to build the demonstrations.

The first vote on the tripling of tuition fees may have been passed, but the battle isn’t over. The student slogan—“What parliament does, the streets can undo”—is more significant than every before.

Workers, students, parents, pensioners and anti-cuts activists must take to the streets in their thousands on 29 January. We need to set the tone for 2011—the year to bring down the coalition.

The Socialist Worker Student Society has set up a newspaper called Ignite, for and by FE and school students. The first issue is online. Go to http://studentsignite.wordpress.com 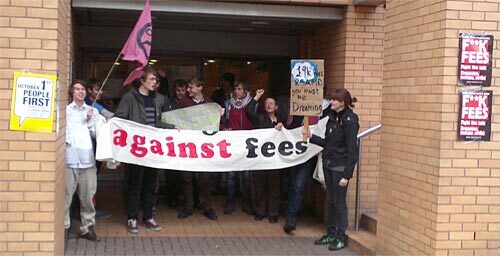 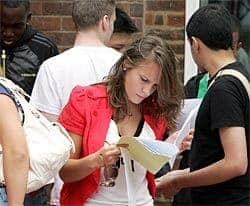 A-level students: passed the exam but failed by the system