Some 180 workers who maintain homes for Manchester city council are two weeks into a four week continuous strike, and there could be more to come.

Pickets gathered despite the rain outside the depot of their employer, the contractor Mears, this week.

Keith, a roofer who has been doing this job for 42 years, told Socialist Worker, “The building trade is not usually this militant—if someone doesn’t like a job they move on to the next one. But this company has pushed us into doing something.”

The workers are fighting to end a rigged system of unequal pay produced by outsourcing. Originally employed by the council, they’ve had four different private employers since being contracted out a decade ago.

This allowed bosses to undercut the agreements on pay for local authority workers.

After years of low pay deals, many Mears workers are now on £6,000 or £7,000 less than others doing similar work, and on wildly different pay rates from each other.

The strikers’ Unite union says Mears suppresses pay rates in other areas by using the lowest Manchester pay rates as the “benchmark” for its workers elsewhere, such as in Leeds.

Meanwhile Mears makes big profits from the contract every year.

And while some other outsourced workers have now been brought back in-house, this keeps being denied to them. “We’re like kids looking in the window of the sweet shop,” said Keith.

Fred, a charge hand whose work includes fitting bathrooms and kitchens, said, “For me it’s more about the terms and conditions.

“We always had the goal of getting our hours down to 35 a week. Under the council we managed to get it down from 40 to 39 then 37. Now the firm is trying to make it 40 hours a week plus one Saturday in four.”

Privatisation and outsourcing have always been a way of driving down labour costs in the public sector, weakening workers’ bargaining position to squeeze them harder.

Keith said, “People blame immigrants for low pay, and I find it very frustrating. Very little has changed since that book The Ragged Trousered Philanthropists was written. The bosses pull a ‘great money trick’ then tell people to blame everyone but them.”

But the Mears strike is part of a backlash, much like the hospital workers at Bart’s NHS on strike this month against mega-contractor Serco.

It has clearly begun to shift the balance of power.

Keith said, “The camaraderie has been fantastic. We’ve got a group on Facebook where we all talk to each other.

“You’re told you are supposed to have only six people on a picket line, but often we’ve 50 or 60 come down. And whenever we have a demonstration everyone turns up.”

Fred said, “The CEO of Mears, David Miles, says the strike is having no impact at all. But all repairs have been stopped for the homes of 40,000 people, and they are having to send apprentices out on their own.”

The workers switched up from striking a few days each week to a continuous strike after Mears kept turning down invitations to talk. They announced a four week strike through most of July, and have now put in notice for further action in August.

After several demonstrations in the city centre, their next move is to spend a day canvassing tenants to make up for a relative lack of media coverage.

Their fight could land an important blow against the bosses’ low pay agenda – something every worker and socialist should support. 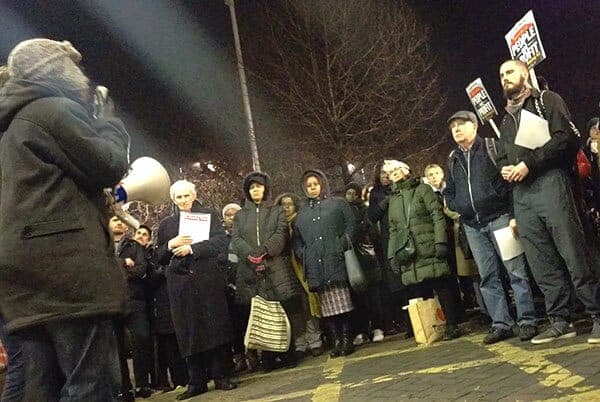 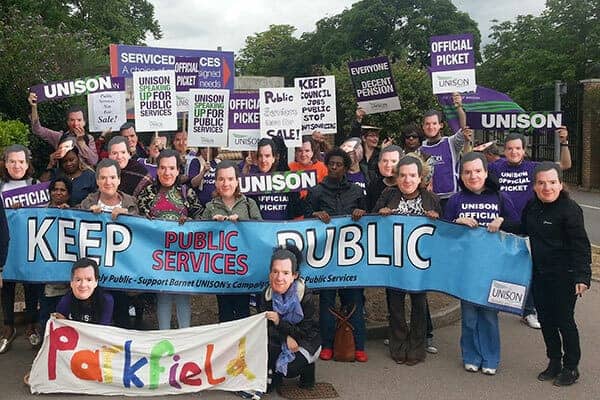