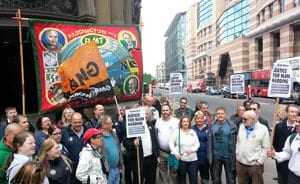 Some 90 supporters of RMT union rep Mark Harding gathered outside his trial at the City of London magistrates’ court on Friday of last week.

Mark faces imprisonment under Britain’s draconian anti-union laws. Police dragged him off a picket line in February after a strikebreaker got upset at being asked to respect the picket line. Police held Mark for 13 hours.

London Underground catering rep Petrit Mihaj told Socialist Worker, “I’m here to defend trade union rights. People might think the threat of jail for carrying out trade union duties is something that happens in other countries around the world, but this is Britain.”

A statement from MPs and trade unionists called for Mark to receive a fair trial and for the anti-union laws to be abolished.

“Mark’s being criminalised for being an effective rep and exercising the right to picket,” London Bridge ticket seller Lynda told Socialist Worker. “The Tories are already on the attack to restrict our right to strike—that’s why this case is so important.

“There must be no resolution of our dispute with London Underground until all the charges against Mark are dropped.”

Mark’s verdict is due on Monday 2 June. The hearing will take place at Hammersmith Magistrates Ct.

Mark’s friends and supporters are meeting up at Hammersmith tube station (Hammersmith & City line) at 9am
Topics RMT, Tories, Unions 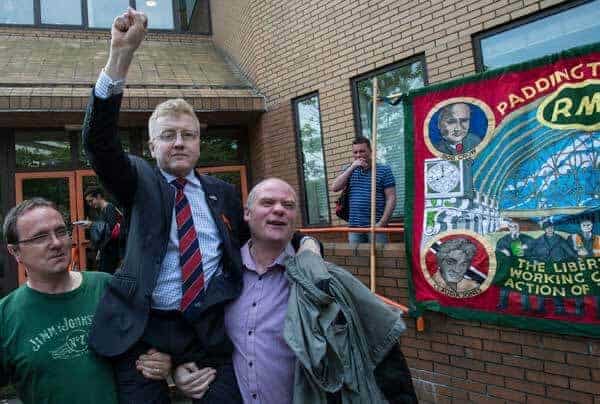