This article is over 12 years, 6 months old
The EDL did not go unchallenged. A counter protest of around 500 students, trade unionists and local people – black, white and Asian – turned out to counter the EDL.
Downloading PDF. Please wait...
Tuesday 26 January 2010

The EDL did not go unchallenged. A counter protest of around 500 students, trade unionists and local people – black, white and Asian – turned out to counter the EDL.

Robby and Colin, two local black people, told Socialist Worker, “They think they speak for the people of Stoke, but they don’t. The BNP is using the recession and targeting vulnerable people.”

Kevin, who came with the student delegation, said that the police had been telling students not to join the protest.

He added, “Stoke is important for the BNP – they have eight councillors here. We need to show people that anti fascists are the majority”.

Jason Hill, from the North Staffordshire Campaign Against Racism and Fascism, said, “The EDL’s racism and Islamophobia are not welcome here.”

“Many of the problems in our communities have not been addressed so it has become a breeding ground for organisations like the BNP and EDL.” 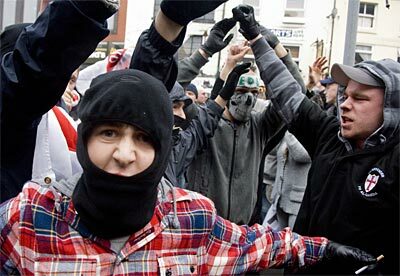 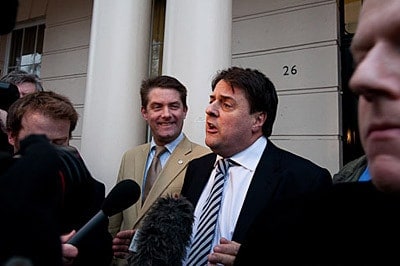