The PCS union members have already struck for 12 days this year over plans to privatise 400 out of 600 jobs.

It was announced last week that art curator Gabriele Finaldi will take over as director of the gallery in August.

Workers at the gallery are not even paid the London Living Wage. Many have been forced to take second jobs.

“It was a really nice place to work—now it’s a different place altogether,” said one striker.

“It’s dreadful,” explained one striker. “But we are supporting Candy—she has been brilliant. It only makes you even angrier about what they are doing.”

The tendering process is set for just before the general election. Workers are calling on the Labour Party to come out in opposition to the plans.

A national day of action is also planned for Thursday—and strikers are asking for supporters to take part in solidarity action.

Information about donating to the strike fund and inviting strikers to speak can be found at ngnotforsale.wordpress.com
Topics PCS, Privatisation, Strike 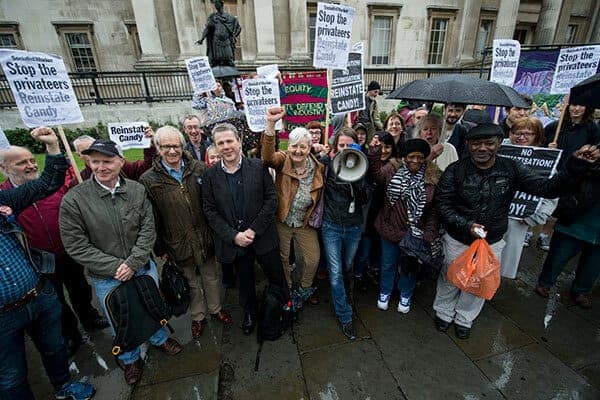