The motion said that the union “defends the rights of children of all immigrants to have access to education in schools alongside other children”.

TUC pledges to back union votes

She told them, “We have a responsibility to build a united movement” against the Tories.

On the action strategy agreed by the NUT and NASUWT, O’Grady said, “These strikes can still be avoided”.

But she added that, “the TUC is ready to back our unions all the way” and that this “includes the TUC coordinating industrial action wherever unions vote for it”.

Well over 100 people attended a fringe meeting on racism, capitalism and the war on migrants hosted by the Socialist Workers Party (SWP).

It was the biggest SWP fringe meeting at NUT conference for years.

Over 100 people attended a Unite Against Fascism fringe meeting. Weyman Bennett, joint secretary of UAF, said elections next year “will probably be the most racist for decades”.

Around 20 percent of free schools are opening in areas with more than 10 percent “surplus” school places according to new research by the NUT.

And secondary free schools are being opened in areas that need more primary places.

The NUT has also won an appeal to the Information Commissioner over free schools. It has agreed that the government must release impact assessments of new free schools on existing schools.

Delegates voted to call for an end to “discredited tests” in primary schools. They instructed the union’s NEC to “discuss with other unions the possibility of boycotting these tests in 2014”.

Many teachers denounced the narrow primary curriculum that Michael Gove wants to impose on children.

Jess Edwards from Lambeth said Gove wanted to make education less about understanding and enjoyment and more about memorising facts.

“This is a curriculum that teaches kids to know their place and sets them up to fail,” she said.

Stephanie Bernard, also from Lambeth, described Gove’s curriculum as a “living nightmare” for children. Delegates cheered when she described Gove as an “elitist toff hell bent on destroying our children’s life chances”.

Stand up for sex education

NUT delegates passed a motion instructing the NEC to call on the government to ensure proper sex and relationships education in all schools.

Sue Caldwell from Hackney, east London, said that our “increasingly sexualised society” was a “confusing place to grow up in”.

Other delegates described how cuts have hit LGBT projects and talked of the need to tackle homophobia in schools.

The motion condemned “attempts by anti-choice groups to present inaccurate and misleading information in school”.

Teachers also overwhelmingly passed a motion on women’s rights that condemned the objectification of women.

Sara Tomlinson from Lambeth, south London, said, “I checked the newspapers for reports about teachers this morning. I found three that talked about this motion-all were illustrated with pictures of women pole dancing.

“Some say women now have it all. Many of us do not feel this is the reality of our lives.”

Around 300 attended a meeting of the Shrewsbury 24 Campaign on Monday evening. The campaign is fighting for justice for the “Shrewsbury 24” building workers who were arrested and charged with offences following a strike in 1972.

Ricky Tomlinson was one of the 24. He was convicted at Shrewsbury crown court of conspiracy to intimidate and sentenced to two years in jail.

“I took part in the first ever national building strike in 1972,” he told the meeting. “I worked for McAlpine. I said they wouldn’t be allowed to keep horses in conditions we were in–and I stand by that.”

Ricky described how pickets visited other building sites to talk to workers. “We went to a site on Brookside and the press were there,” he said. “How did they know we were going there? We didn’t even know.”

The Tories are withholding documents relating to the strike and its aftermath on the grounds of national security. The Shrewsbury 24 campaign is fighting for their release.

Eileen Turnbull is the researcher for the campaign. “We believe we can quash the convictions,” she told Socialist Worker. “But that can only be done with fresh evidence.

“We’ve got an e-petition but so far it only has around 27,000 signatures. You have to ask yourself why it’s so low when we’ve got so much support from trade unions.

“We’ve complained twice about the number of signatures on the e-petition. Now we’ve demanded a full investigation into the site.” 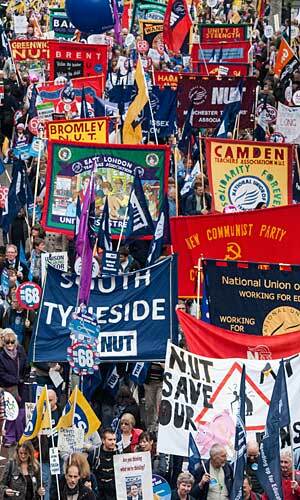