This article is over 11 years, 6 months old
The People’s Convention in central London next Saturday 12 February will bring together campaigners to discuss stepping up the fight against Tory cuts. Everyone should aim to take part in this vital conference.
Downloading PDF. Please wait...
Tuesday 01 February 2011

The People’s Convention in central London next Saturday 12 February will bring together campaigners to discuss stepping up the fight against Tory cuts. Everyone should aim to take part in this vital conference.

The Right to Work campaign initiated the convention, which is also backed by the Labour Representation Committee, and a number of other organisations and union branches.

Disabled comedian, broadcaster and activist Liz Carr is the latest person to confirm that she is speaking at the convention. Participants in the Egyptian uprising are also due to speak, bringing their revolutionary spirit to Britain.

As well as debate, the conference will initiate protests and direct action against the government’s attacks.

Groups are organising workshops during the day. These include workshops on organising claimants against benefit cuts, disabled people at the forefront of resistance, migrant workers, student struggle, the NHS, housing and the role of the trade unions.

Zita Holbourne, who is on the PCS civil service workers’ union national executive, is helping to organise the workshop on “mobilising against the racism of cuts”.

The Black Activists Rising Against Cuts (BARAC) group, which Zita is the co-chair of, is sponsoring this workshop.

“Black workers will be hard hit by the cuts,” said Zita. “We face discrimination at work.

“We make up a large proportion of workers in the public and voluntary sector, and are more likely to be in lower grades and frontline jobs that are first under the knife.

“We want to mobilise communities to fight these attacks—that’s why the convention is important.

“It can bring people together to organise campaigning and come up with new ways to fight. We need to talk about taking more direct action too.

“I was in a workshop where someone raised the prospect of losing lollipop men and women.

“If you are working shifts, which many black people are, then how do you get your kids to school safely? We discussed blocking the roads and stopping traffic in protest. We need protests that the government and councils can’t ignore.”

“We have to bring communities together,” she added. “Unity is vital—we want black people, disabled people and single parents involved. It is especially important for trade union based campaigns to engage local communities and support them.”

She also believes that trade unions have to organise together to strike against the cuts.

Other speakers at the event will include MPs Diane Abbott, Jeremy Corbyn, Katy Clark and John McDonnell, and the Green Party’s Darren Johnson. There will be many trade union speakers from Britain and Europe.

Zita said, “I think the convention will play a positive role in bringing people together and getting people to take action. I encourage as many people as possible to attend.” 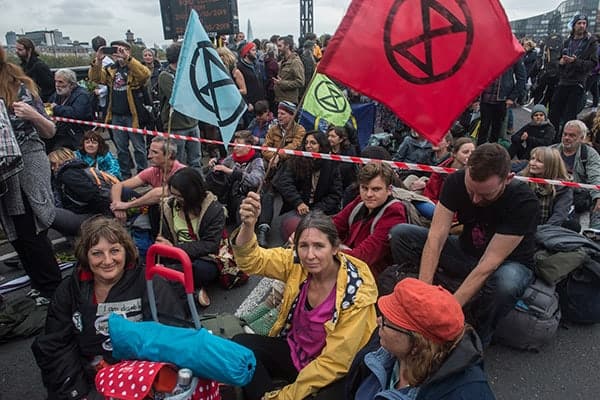 The Tories: 'We needed the cash to deal with dangerous trees'