Several Asian activists spoke to Socialist Worker. Riyaz Depopi said, “As the demo got closer there was more and more pressure not to go.

“On Friday there was a massive poster hung up in mosque saying boycott the protest.”

A local Labour councillor explained the role of BCOM (the Bolton Council of Mosques). “They want to keep the youth off the streets,” he said. “It’s not right that our community is blocked while this racist minority is allowed to gather.

“I don’t believe police went round white areas arguing racism is wrong and telling people not to join the EDL demonstration.”

Another young man said, “We were stopped four times on the way. It was always a cop with two BCOM.”

A BCOM leaflet stated that a counter demonstration was “exactly what the EDL want”, and begged people, “DO NOT FORWARD rumours in text messages/ Facebook/Twitter of EDL marching through an area.”

It insisted that the only way to stop the EDL is to rely on the police.

But Riyaz said, “I think hundreds of us from the mosque should have had a peaceful march into town.”

Police approached several parents on the demonstration to warn them off. Michelle Smith, a Unite organiser from Liverpool, was with her two year old daughter.

An officer asked for her details, saying this was not a suitable place for a child. Accompanied by a council child protection officer, he mentioned taking the girl into “police protection”.

Michelle told Socialist Worker, “The only time during the day she wasn’t comfortable was when those two came over.” 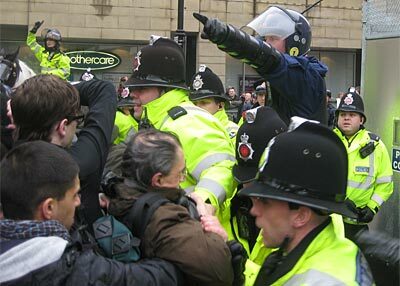 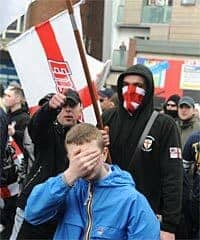 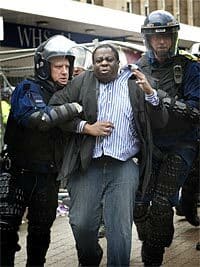 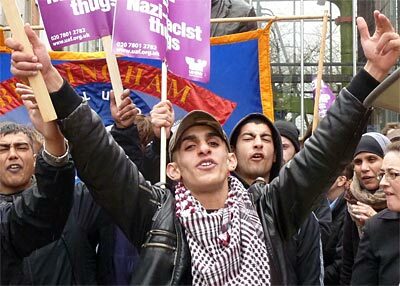