Refuse workers’ strike calls out the council’s trash in Birmingham

The Unite union members are fighting 122 redundancies and other attacks as part of a restructuring scheme.

Their walkout was solid at all the four depots and workers in the Unison union respected picket lines.

The Labour-run council wants to move from a four-day to a five-day week with 113 workers being downgraded and losing overtime.

Pickets at Redfern Road depot explained that some workers could lose up to £4,000 a year.

Workers are determined to resist. They voted by 90 percent for strikes.

They plan four more strikes with the next on Tuesday of next week. 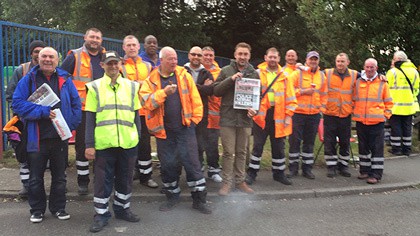