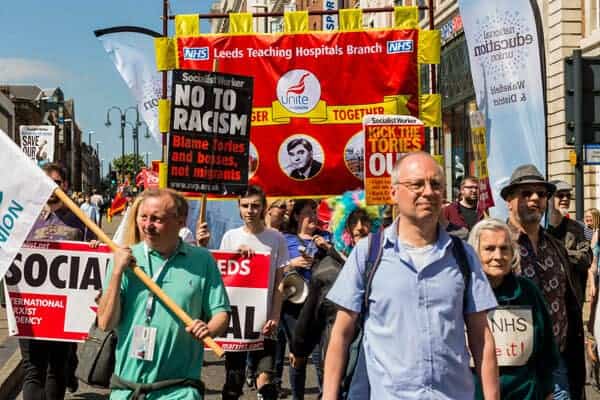 May day events were held across Britain during the last week to mark International Workers’ Day. They included this one in Leeds.

workers on Northern Rail planned to strike this Wednesday over attempts to impose driver only operated (DOO) trains.

Last Saturday guards on Greater Anglia struck for 24 hours over the same issue.

RMT and TSSA transport union members in Paisley and Dumfermline called off a planned strike after a management U-turn.

Bosses wanted to axe 22 jobs from the CCTV monitoring service.

But now they have agreed a “joint review” of the service

Who will conciliate Acas conciliators?

Workers at conciliation service Acas were set to strike on Friday of this week against attacks on pay grading and the closure of an office in Liverpool.

The PCS union members have been taking action short of strike since 25 April.

Bosses at Acas, which mediates in industrial disputes, want to impose changes that would also mean unmanageable workloads.

In defence of rest days at Dial-a-Ride

Dial-a-Ride workers in London struck on 1 May and 3 May against new rosters and bosses’ attempts to remove ten rest days a year.

The Unite members, who work for Transport for London, provide special needs transport for elderly people, the vulnerable and those with disabilities. The 120 workers operate from depots in Woodford and Orpington.

Solidarity with ITV workers in the US

The Bectu section of the Prospect union has called a protest against ITV in solidarity with workers in the US.

It is planned for this Thursday at ITV headquarters to coincide with ITV’s AGM.

Former US ITV worker Tiffany Magby slammed the “systematic discrimination and harassment” at the firm. 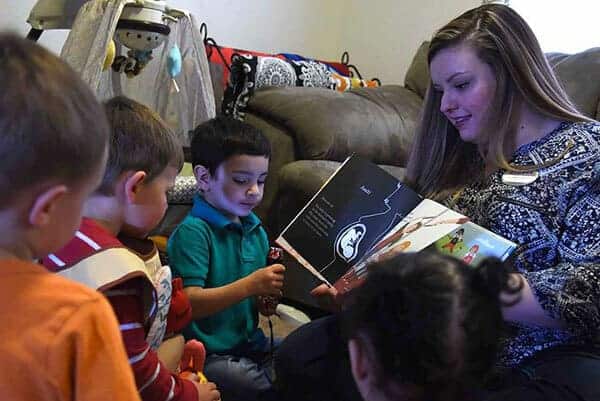