Hundreds of bus drivers at Stagecoach Bluebird in north east Scotland struck for 24 hours on Friday of last week over pay.

A further strike planned for Monday of this week was suspended pending further talks.

Paula Innes, a Unite union steward at the firm’s Aberdeen depot, joined a large group of pickets in the snow early on Friday morning.

“The company makes obscene profits, but doesn’t ever pass them on.

“Our strikes have gone really well, despite the company’s propaganda. We know that we’ve had a big impact.”

The drivers voted overwhelmingly for strikes. They rejected a pay offer of 9.75 percent over two years, pointing out that it would amount to only 4.5 percent this year and that pay had fallen a long way in recent years.

The company enlisted scabs and managers to drive some buses, then boasted to the press that the strike had been ineffective.

But as we stood on the picket line on Friday morning, it was clear that the strike was biting.

One driver told Socialist Worker, “We were on strike two weeks ago and the company said that the buses were running fine. But we saw the chaos – drivers getting lost, running three hours late, some services totally stopped.

“It’s all about profits with this company. This is what we’ve seen in the bus industry ever since privatisation – big payouts for the shareholders, but cuts in our conditions.”

Another driver added, “We haven’t been on strike here for 17 years, so many workers in the rest of Stagecoach thought that the union in Aberdeen was really weak.

“Now drivers from all over the country are watching what happens here. Things are starting to stir across the company.”

Strikers were delighted to hear reports that the strike was strong across the different depots in the company.

Drivers at First Bus in Aberdeen, where Unite members are balloting over their own pay offer, hooted their horns in support as they passed the picket line.

Stagecoach drivers said they hoped to strike alongside the First drivers. “That would make a real impact, especially in the run up to Christmas,” one striker said. 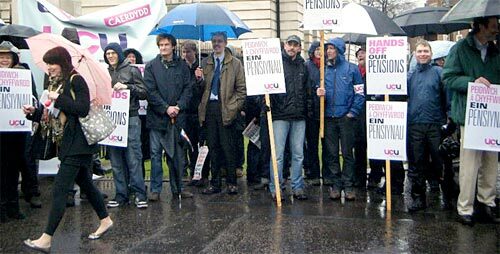 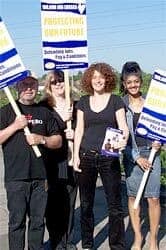