Thousands of offshore workers in the North Sea oil and gas industry could soon be drilling into the bosses’ profits.

There is a battle on to see who will pay for the drop in the price of oil.

Consultative ballots of 3,000 GMB and Unite union members in the Offshore Contractor Association for strikes were set to close on Friday of this week.

Bosses use the oil price drop as an excuse to attack their conditions. Workers are furious at changes to shift patterns and cuts to pension payments, sick pay and holiday leave.

Offshore worker Ian told Socialist Worker, “Osborne’s tax cuts will go straight into the bosses’ pocket as workers conditions are attacked, if they still have a job.” Oil workers’ union Oilc, now part of the RMT, is also set to ballot its 5,000 members for industrial action.

It cited a range of issues including shift pattern changes, alterations to leave entitlements, reductions of up to 20 percent in staff, and disputes on sick pay, pensions and pay.

RMT is looking to coordinate with the other offshore unions.

Bosses want even more and are threatening the jobs of up to 40,000 workers.

Ian said, “We have to fight this. Otherwise it’s just a green light for further attacks.”

Thousands of offshore catering workers have also had a 2 percent pay rise for 2015 to 2016 cancelled. Unite and RMT are now set to ballot 2,000 members over the issue.

Strikes are just the ticket for Ealing traffic wardens

Teachers strike back against attacks 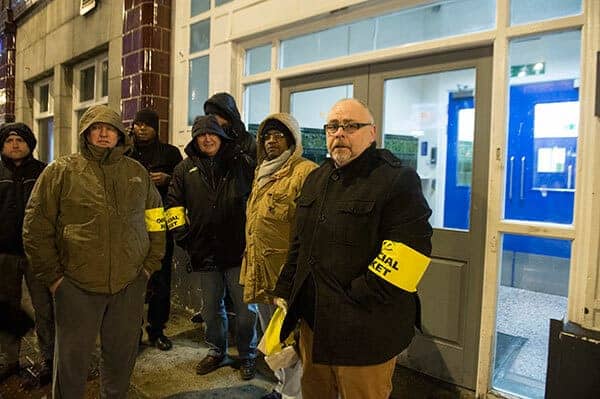