The news came just days after four unions ended their disputes with Tata over pensions.

Tata wanted to close the British Steel pension scheme. The threat of a national steel strike forced them to negotiate.

But union leaders recommended workers’ accept changes to the scheme in exchange for keeping it open.

Details of these were unclear as Socialist Worker went to press. But they aim to make workers pay for the scheme’s deficit.

Workers voted to accept the deal in the Community, Unite, GMB and—by a narrow margin—Ucatt unions.

The new cuts to Tata’s Specialty Steels division would fall on plants in Rotherham, Wednesbury and Stocksbridge.

Job losses could also be on the cards at Scunthorpe in Lincolnshire.

Tata blamed rising energy prices. Union statements go along with this, and call for government subsidies.

But if workers occupied plants, Tata couldn’t afford to give up its premises and equipment without a fight.

Workers showed their willingness to fight in the pension strike ballot. Union leaders mustn’t be allowed to throw the chance away. 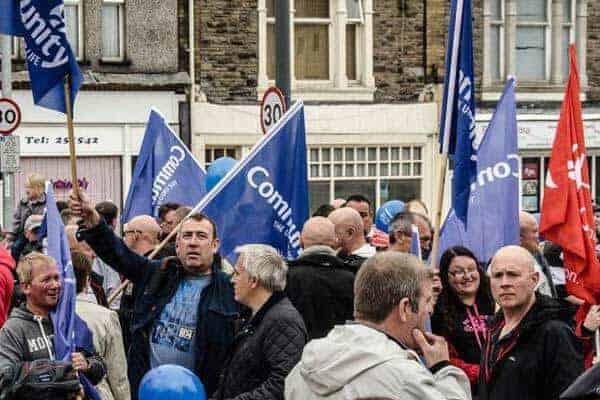 Steel workers are ready to fight against bosses' raid on pensions