Solidarity is growing for pharmacy workers on indefinite strike in Tayside, Scotland.

Around 100 people joined a “Mates at the Gates” solidarity protest outside Ninewells Hospital, near Dundee, last Friday.

It came at the end of the fourth week of action by the 39 Unite union members.

They are fighting a “flawed job evaluation” that has left some workers “on lower grades than they should be”.

The solidarity protest came after hopes of a resolution fell apart last week. Hannah, a Unite union member, told Socialist Worker that workers were “willing to stay out despite the anger and disappointment”.

“We are out every single day and all three picket lines are very active,” she said. “Unite Community branches have been really supportive of us and we’ve had messages of support from other community groups.

“The Unison branch at Dundee City Council got in touch to give us support too.”

Bosses at Tayside NHS set up a job evaluation panel that was supposed to deliver its final decision on 4 September.

But “consistency checking” of the panel’s decision could not take place after a staff-side member pulled out of the panel.

The dispute is likely to go to the Scottish Terms and Conditions Committee (Stac), a joint bosses and workers’ council for NHS Scotland.

But Hannah said workers have had “no feedback about how long it might take” and “Stac has never been in touch with Unite” contrary to bosses’ claims.

The Tayside workers are right to stay on the picket line until they have a won their demands.

Trade unionists should raise funds and solidarity in their workplaces and union branches for their fight. 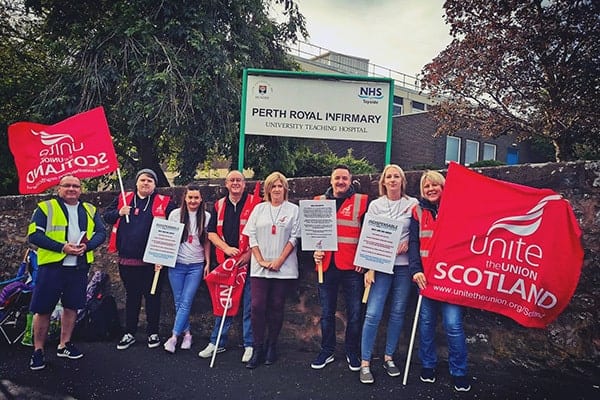 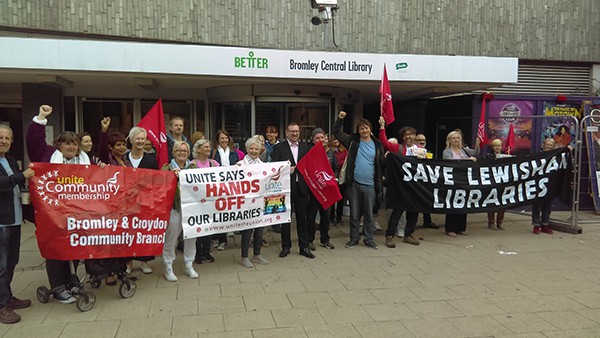