Teachers strike against attacks on education

Thousands of striking teachers and their supporters marched through central London today, Thursday.

Many schools had picket lines in the morning. Carmel Cameron, who has taught for 30 years was out at Acton High School. She told Socialist Worker, “Gove doesn’t listen. Cuts to pay and pensions are not good for the children we teach in the long term.

“I want all teachers to strike together. If we could strike with all the public sector at the same time that would be brilliant.”

On the demonstration Sam, an NUT member from east London, said, “I’m 41 and I’m tired. I won’t make it teaching until I’m 68. I’m going to die in my classroom.”

NASUWT member Hill said, “The changes in education are so rapid. It’s not good for children. The government needs to trust teachers—we’re here because we care about the children we teach.”

Teachers chanted “Get Gove out” as they marched through the capital. There were deafening boos as the march passed the Department for Education.

Tash, a newly qualified teacher, said, “We are overworked and unappreciated. This is my first strike and I’d definitely strike again if nothing changes.”

Gill thought the public sector strike on 30 November 2011 was “electric”. She said, “I marched with cleaners from Whipps Cross hospital and other workers. We need more strikes together.”

Across the country teachers held marches and rallies. Some 2,000 came together in Bristol.

In Devon more than 350 rallied. Katie, who has been a primary school teacher for six years, tore into the idea that teachers start a 9am and finish at 3pm. She said there is an atmosphere of testing and continuous observation “until you can’t concentrate on the children”.

Teachers felt buoyed by the success of the action. But they want more to beat Gove.

Sam said, “We should be on national strike now. Get on with it!” 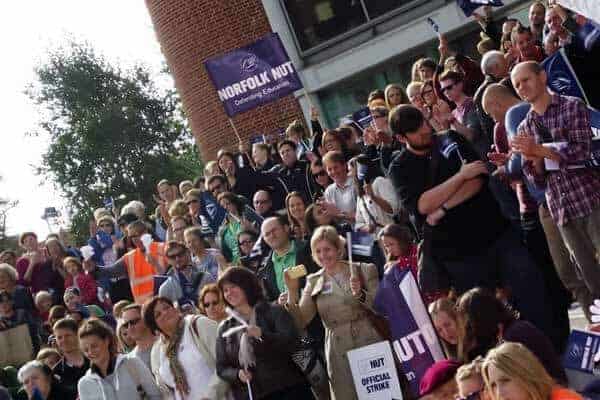 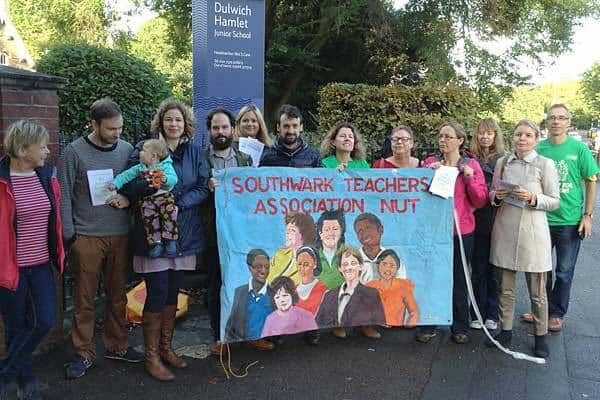