Thousands march to save Lewisham hospital

This article is over 9 years, 6 months old
Over 25,000 health workers, patients, and activists marched yesterday, Saturday, to save the A&E, maternity and child services at Lewisham hospital in south east London.
By Sarah Ensor
Downloading PDF. Please wait...
Sunday 27 January 2013

Over 25,000 health workers, patients, and activists marched yesterday, Saturday, to save the A&E, maternity and child services at Lewisham hospital in south east London.

It was the second demonstration in the huge campaign against the proposed closures.

Andrea Graham, a children’s respiratory nurse specialist, told Socialist Worker, ‘it’s been an amazing campaign so far from across the borough.’

Children wore born “Lewisham baby” signs. Placards said “Lewisham saved my life”. Holly Platt held a placard saying, “I have anaphylactic allergies. Who will save me without an A&E?”

One health worker explained their fears. ‘We’ve keep being told that other services across London will take the strain but it’s not true,” she said. “There’s no slack to take up. Since Christmas those hospitals have repeatedly been full and the ambulances have had to divert people to Lewisham.’

Marchers set off to cheers and were applauded along the route while cars, lorries and buses honked their support. Signs supporting the campaign were in the windows of houses and shops across Lewisham, and all over lamposts and fences.

Marchers rallied in Mountsfield Park with bands and the Olympic drummers.

There were messages of support from Desmond Tutu, who for a long time lived in the area, and local football club Millwall.

Local Labour MP Heidi Alexander spoke for the three Labour MPs and Steve Bullock the mayor. She initiated a petition signed by over 40,000 people to save the hospital.

Conroy Lawrence from the Unison union at the hospital said the closure plan was ‘putting profit and Tory ideology before patients.”

“We have to send Jeremy Hunt the message that downgrading the service is not an option,” he said. “It’s our hospital not theirs.” 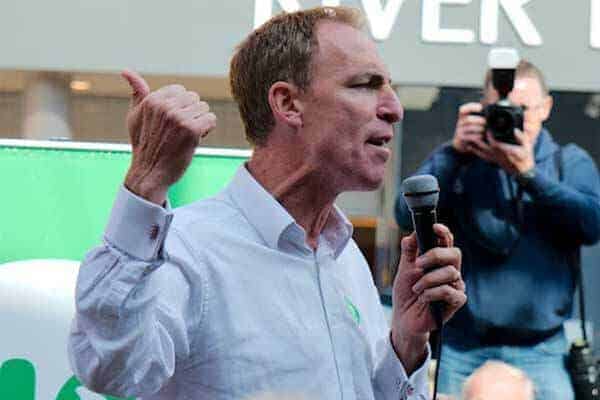 Can divided Labour ever recover in Scotland?