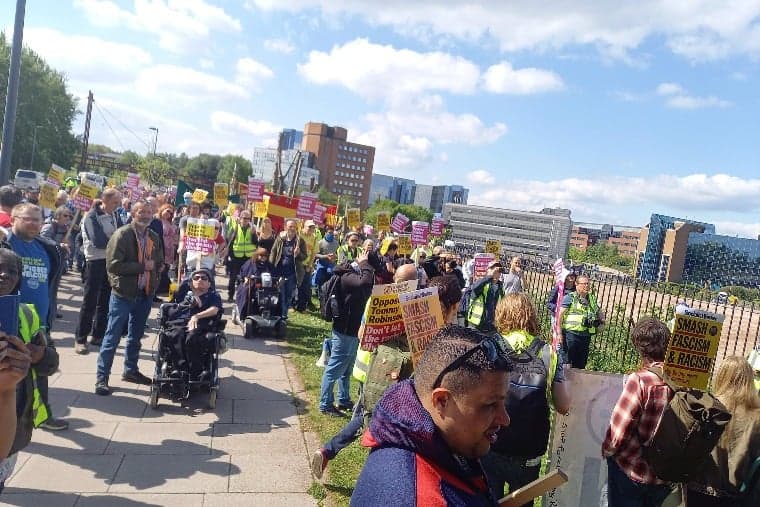 Gathering against Tommy Robinson in Telford on Saturday (Pic: Unite Against Fascism)

Around 400 fascists and racists mobilised in Telford, Shropshire, on Saturday in an attempt to revive the movement around fascist Tommy Robinson. The turnout was only about half of what Robinson mobilised in the same town in January. At one point fighting broke out between sections of his supporters and the fascist party Patriotic Alternative.

Robinson wants to rebuild his movement which saw 15,000 racists on the streets four years ago. To do this he is cynically exploiting horrific local child sexual abuse scandals.

Around 300 anti-fascists organised by Stand Up To Racism, Unite Against Fascism and Shropshire and Telford Trades Union Council assembled on Saturday to oppose him. They united under the banner, “Stop Fascist Tommy Robinson, Justice for the Victims.”

Local student, Adam Hollins told Socialist Worker that he and other activists built the demonstration by “leafleting in town centres and outside mosques. The majority of people I’ve talked with while leafleting in Telford have been very positive towards our cause,” he said.

“It’s important to have as many anti-racists as possible on the streets when fascism rears its head, especially from the local area. Whenever there is an anti-racist demo it shows the racists that they are opposed and can deal damage to their movement.

“Tommy Robinson to me represents two serious dangers, the first being the fact he can command a large group of very vile racists and fascists with a history of violence. The second is that he uses the narrative of supporting sexual abuse victims—which we know to be false—to try and radicalise those who are undecided towards his position.”

Robinson’s supporters assembled in a car park and a Beefeater restaurant, drinking beer and live streaming. They chanted  Robinson’s name as they held a short march flanked by cops.

Andy Brown from Telford Trades Council told Socialist Worker, “We can’t be complacent, we must drive fascism off our streets. And we have to pass that message on to newer people.” Anti-fascists held placards reading, “Don’t let the racists divide us.” They were joined by Coventry NEU, UCU and Black Lives Matter activists.

Doug Morgan from the NEU told the rally, “Tommy Robinson doesn’t give a toss about the girls who were abused in Telford, he’s not interested in that. It’s about him saying only certain abuse is alright, if it’s done by someone white, it’s alright.”

Robinson’s previous movements including the English Defence League and “Free Tommy” were smashed by anti-fascist resistance. But the anti-fascist fight isn’t over and they will continue to benefit from a time of crisis. 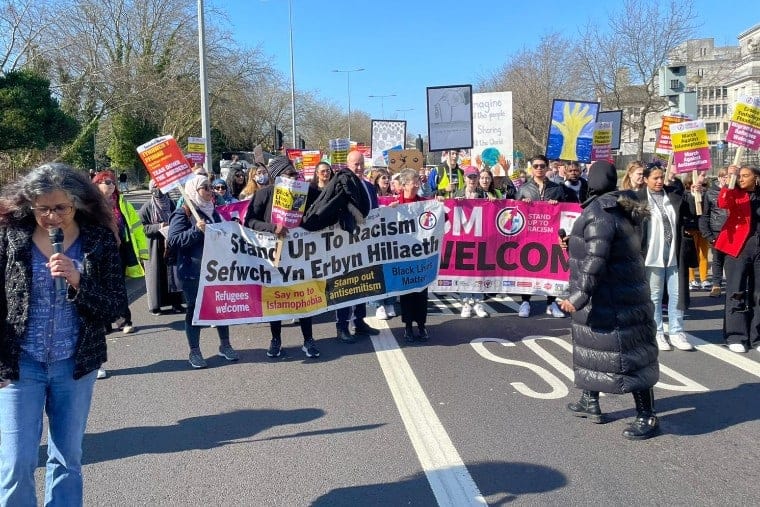 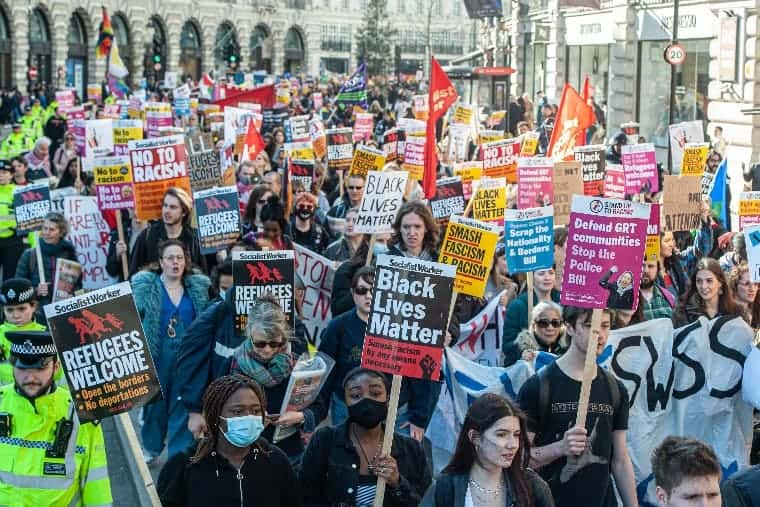 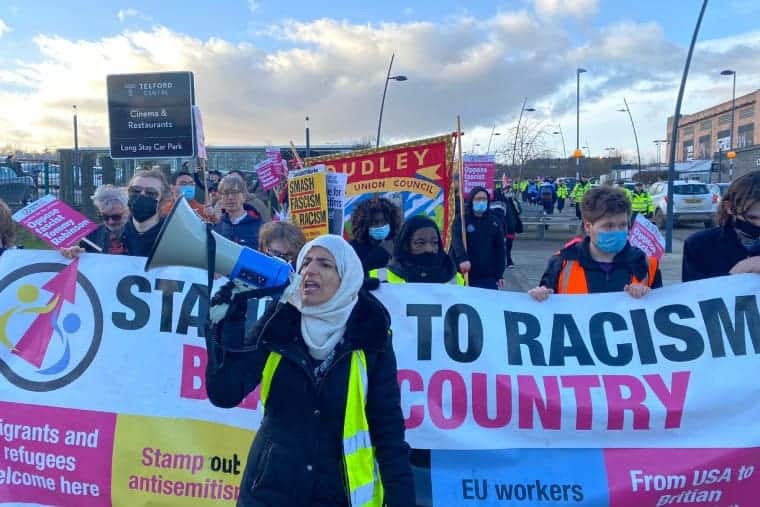 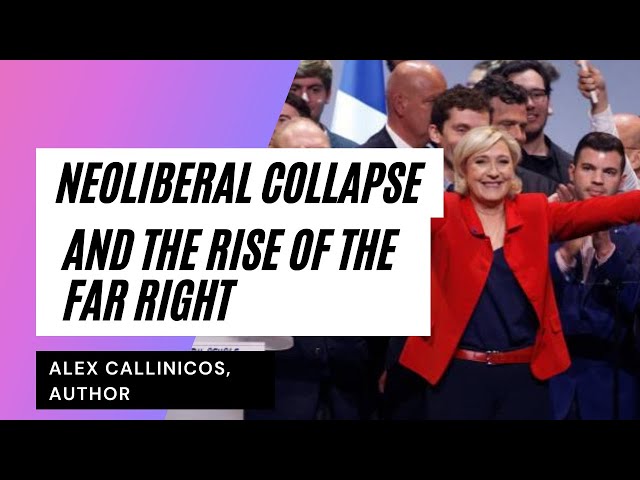