This article is over 10 years, 2 months old
Rank and file electricians have won. They have beaten the building bosses who wanted to tear up their terms and conditions and slash their pay.
By Simon Basketter
Downloading PDF. Please wait...
Thursday 23 February 2012

Rank and file electricians have won. They have beaten the building bosses who wanted to tear up their terms and conditions and slash their pay.

Electricians across Britain have been protesting, occupying and striking unofficially for the last six months.

Today the remaining companies pursuing the attack gave in.

The firms wanted to tear up electricians’ existing JIB national agreement and impose a new agreement called Besna. This would have cut wages by 35 percent and introduced new unskilled grades.

The bosses, who collectively called themselves HVCA, issued a joint statement with the Unite union today, Thursday. In full it reads,

“In consultation with the remaining companies and following discussions with Unite, it has been agreed that HVCA will withdraw its proposal for the Building Engineering Services National Agreement (Besna).

“As a result of today’s decision by HVCA, Unite has agreed not to pursue further industrial action or protests against the Besna companies.

“HVCA, supported by its member companies, will now engage in high-level talks with Unite within an agreed timeline, with the aim of creating new proposals and ensuring agreed terms are honoured.”

Ian a member of the London electricians’ rank and file committee told Socialist Worker, “After nearly seven months of fighting, the decision today of the remaining companies to pull away from Besna is a great vindication of our stance.

“This was a cynical attempt to use the economic climate to drive through massive cuts to workers’ pay and conditions and keep profits high. We must use the momentum we have built to make sure we build on our terms. Although we have won this dispute, I can see these companies using negotiation to bring in other attacks. If they do, we must be ready to fight back immediately.”

Originally eight companies had planned to impose Besna on workers. The largest of them, Balfour Beatty, pulled out last week following the pressure of the rank and file campaign and the threat of an official strike.

MJN Colston, which backed out of the agreement last year, was placed in administration today

Pete, an electrician from Wakefield, said, “It’s a brilliant result. This shows that rank and file militant action is the way forward for trade unions.

“Leaving it to the full time union officials is not enough. People have to get involved.”

The electricians’ determined campaign has humbled huge corporations – and at the centre has been rank and file workers’ organisation. 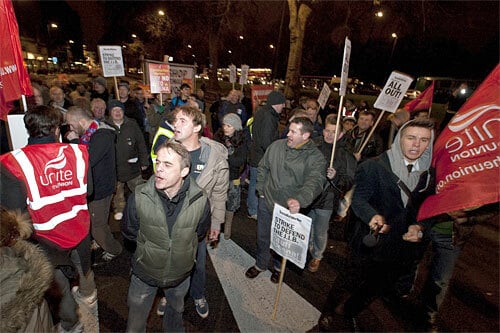 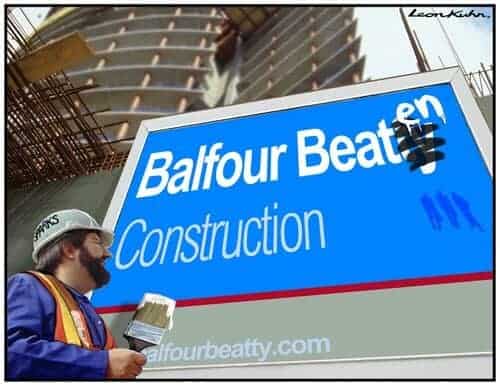 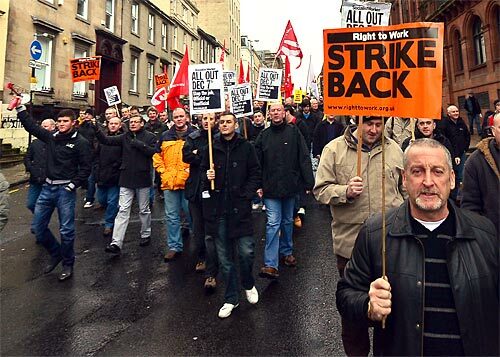 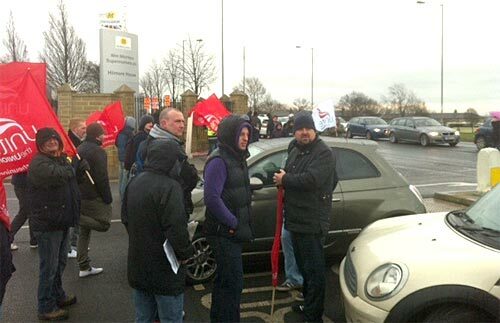