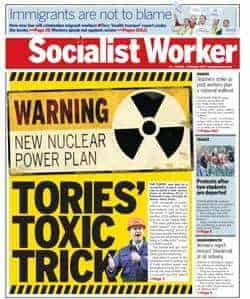 The Tories’ new deal for a consortium of giant companies to build a new nuclear plant at Hinkley Point in Somerset is one we’ll pay for dearly—three times.

EDF demands a multibillion loan from the government just to build the plant. It will then get another £720 million every year out of our energy bills.

The same politicians who railed against the idea of controlling energy prices to stop poor people from freezing now see no problem with fixing a “strike price” to protect EDF’s profits.

The bosses will get their hands on twice what we normally pay for electricity.

The same goes for when it come to decommissioning the reactors at the end of their life.

And that’s if we manage to avoid the human and environmental cost of nuclear disasters like Chernobyl, Fukushima and Three Mile Island.

Back when he was in opposition he was a bit more honest about the dangers of nuclear power. He pointed out that, “In addition to posing safety and environmental risks, nuclear power will only be possible with vast taxpayer subsidies or a rigged market.”

The new deal is also no good for jobs. Hinkley Point C nuclear power station will employ far fewer people than could be hired to do green jobs for the same money.

People could build renewables, and improve housing and public transport to cut energy waste instead.

There is no such thing as safe nuclear energy—whatever former radicals such as George Monbiot now say.

And there’s no safe solution for the nuclear waste that can stay lethal for many thousands of years.

The Hinkley Point deal is yet another rotten energy swindle from a government that backs the bosses. We should tell David Cameron to stick it up his jumper. 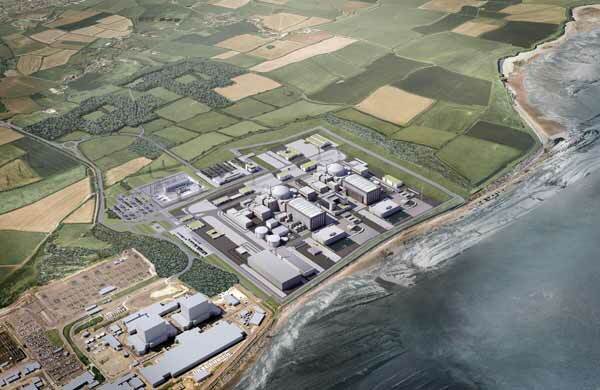